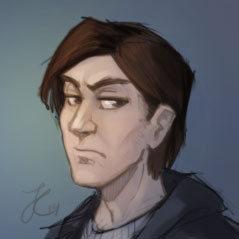 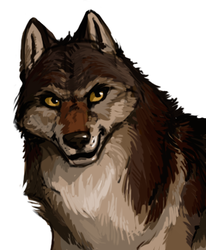 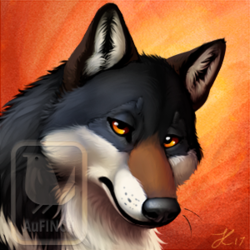 Quick av I doodled for the char I decided to attempt to play at Risk (http://risk-rpg.net/). We'll see how it goes, because I generally don't play anything that's in the modern day, though thattun has werewolves and vampires and stuff so uh. We'll see, heh.

James is kind of an import of my WWS char, Quixote, with obvious tweaks so that instead of being an actual wolf, he's a werewolf. Gee. And I seem to keep playing variants of "snarky/angry brown-haired dude" but considering H'von/Avoth Mar are basically the same person and Qui wasn't humanish until now... I guess it's only 2? Whatever. I still need to draw more different facial shapes for guys in the future.