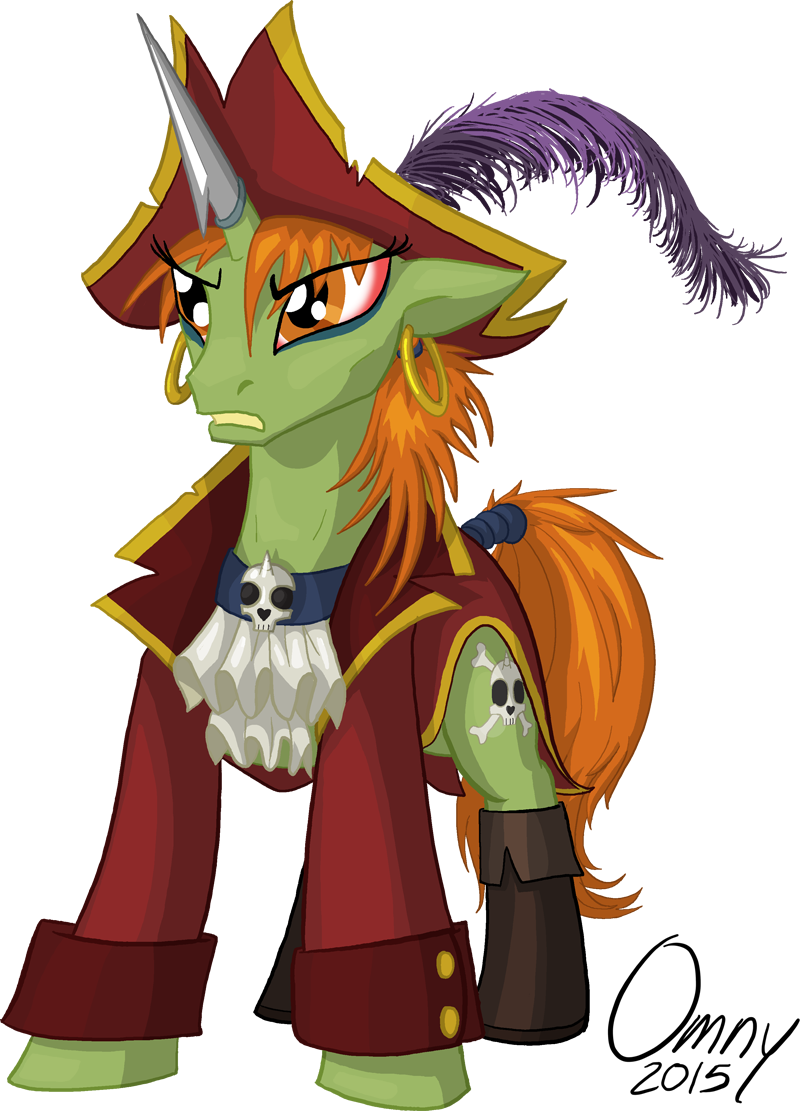 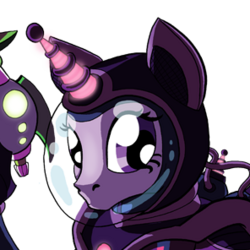 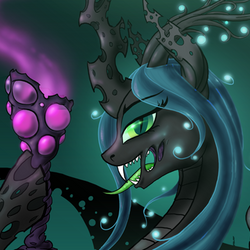 One of the most feared pirates in the Equestrian seas, Captain Capsize is most famous for her fiery disposition, quick wit, and stern no-nonsense attitude. Though she lost half her horn in battle years ago, resulting in diminished magical ability, she is far from handicapped- a simple voice-amplifying spell mixed with one of her earth-shattering death threats is more than enough to bring her opponents to their knees in fright. Capsize prides herself in taking other ships without a single swing of a sword or shot of a cannon, preferring to terrify others into submission before unsheathing her cutlass.

Her birth name is "Albatross", though she's not proud of it.