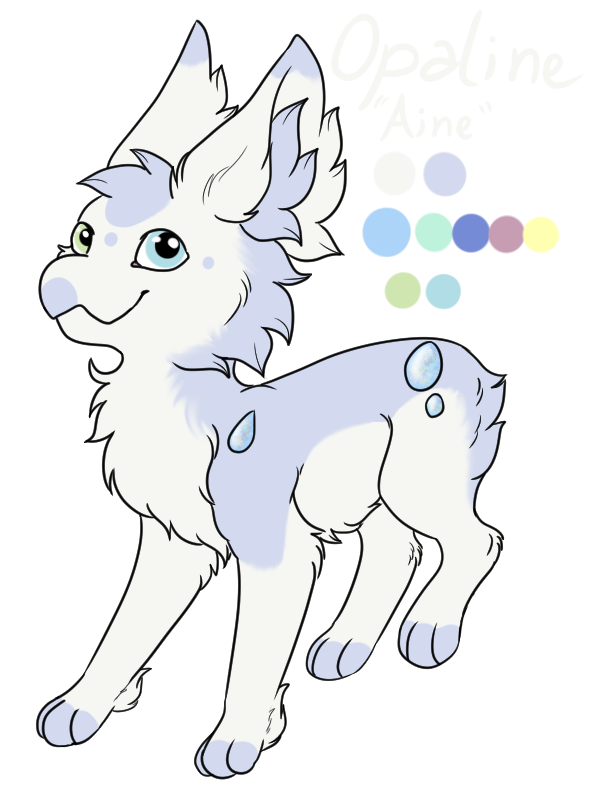 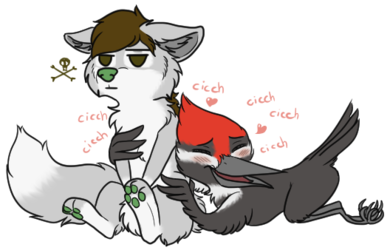 My entry for Orehunter MYO Contest

Name: Opaline
Nickname: Opal (for friends), Aine (for Black Magic only, means "happiness")
Gender: Female
Status: Mated to Black Magic
Age: Young
Growth: 5 opals, 2 on hips (symmetrical) and a teardrop shaped one of her left shoulder.
Personality: Quiet, gentle and happy-go-lucky Orehunter, she always tries to bring happiness into others' lives. Can be shy at the beginning, but then becomes very friendly and nice to have around. Sometimes she becomes a bit too clingy and nosy, even hyperactive if she can't make someone smile.
Backstory: Opaline had a pretty simple and nice life to begin with, she had tons of friends and nothing much ever happened. One day she ventured into the forest to find a particular flower, but before she could find it she encountered Black Magic, who was in a very bad mood after having another night of nightmares. Ignoring BM's requests to leave her alone, she tagged along with her and, with time and patience, became BM's only source of happiness and help against her nightmares. [more will be figured out in the future]