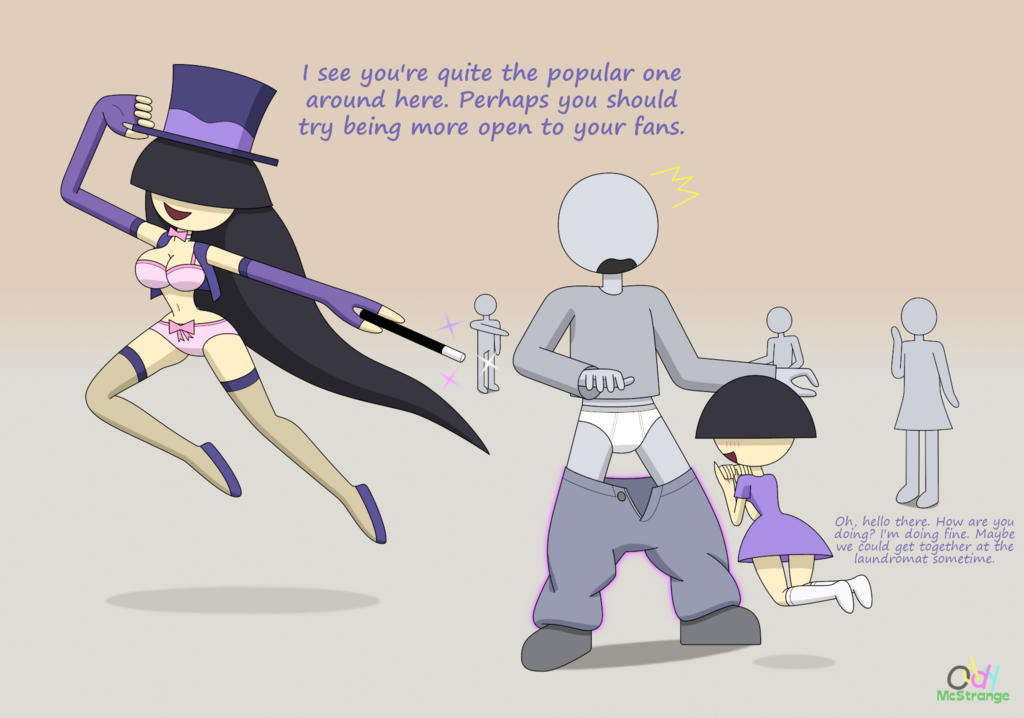 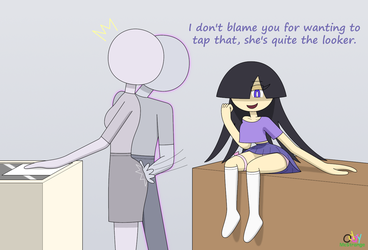 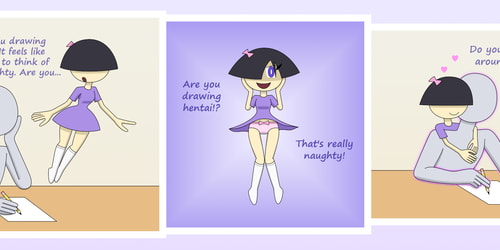 How A Lewdini Promotes Social Openness

A mostly simple picture with my fanmade yokai Lewdini and Naughtini, along with a few generic background characters. This pic shows what having a Lewdini around can be like. Lewdinis are attracted to people that are popular or are getting a lot of attention. They want to help people be more open to their fans, but think causing wardrobe malfunctions is the way to do so.

Lewdini and Naughtini are clothing-based yokai, specifically underpants. They can sometimes get attracted to regular underwear, though this is more common with Naughtini.