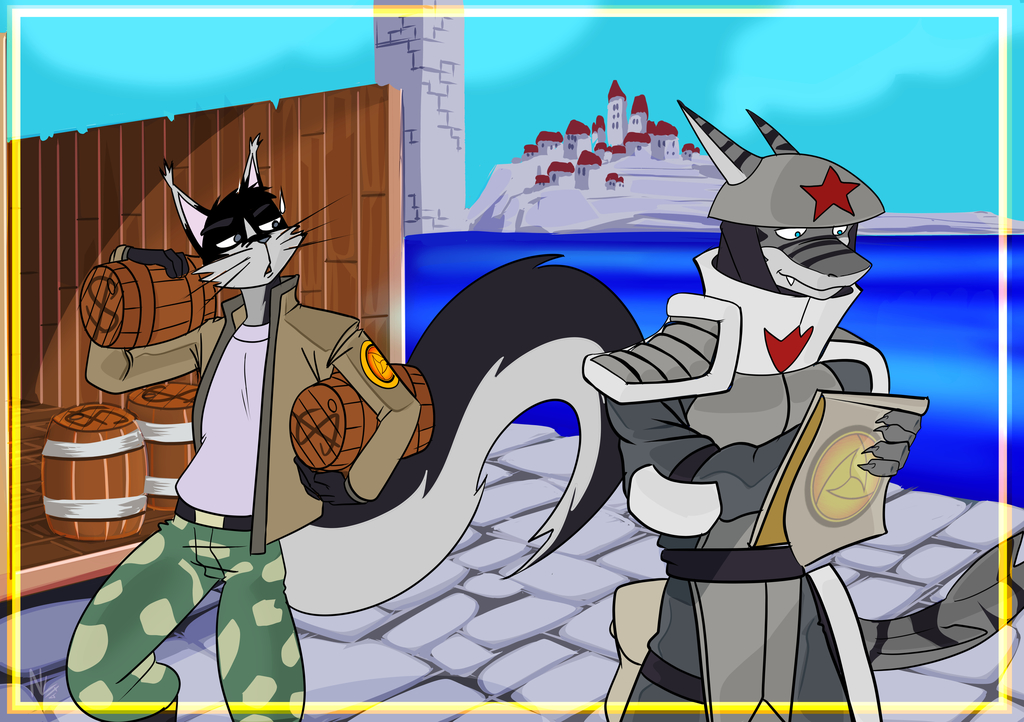 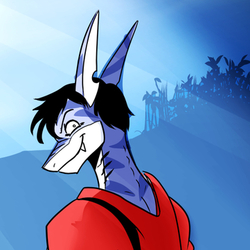 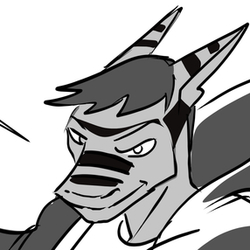 A collaboration commission between Jay Kessler and Reagent, two cool dude, i've met on the Dk ( Dreamkeepers ) chat on Discord.

In this pic they asked me and pay me to do for them Reagent ( the husky/linx, and Jay KEssler ( the shark in armor ) are clearly up to no good (If you ask the Government/CCA that is). Reagent dropping off a shipment of contraband "Scinter's Mark" fermentae, and Jay undercover as a CCA Officer there to pick it up.

Being former CCA himself, Jay knows how to blend in well; even if putting on the old uniform is a rather uncomfortable experience for him. But he does what he needs to in order to get the job done.

Spending much of his life in Eridu Delta, Marshall "Reagent" Stoikos's rural upbringing drew him towards the city's more unruly element. Smuggling Bootleg fermentae and Illegally Harvested Diony around Anduruna, Reagent tells himself its for a good cause....

Jay's not being very helpful with those heavy casks, is he.... ;P
Certainly not the first time these two have worked together, and likely not the last...