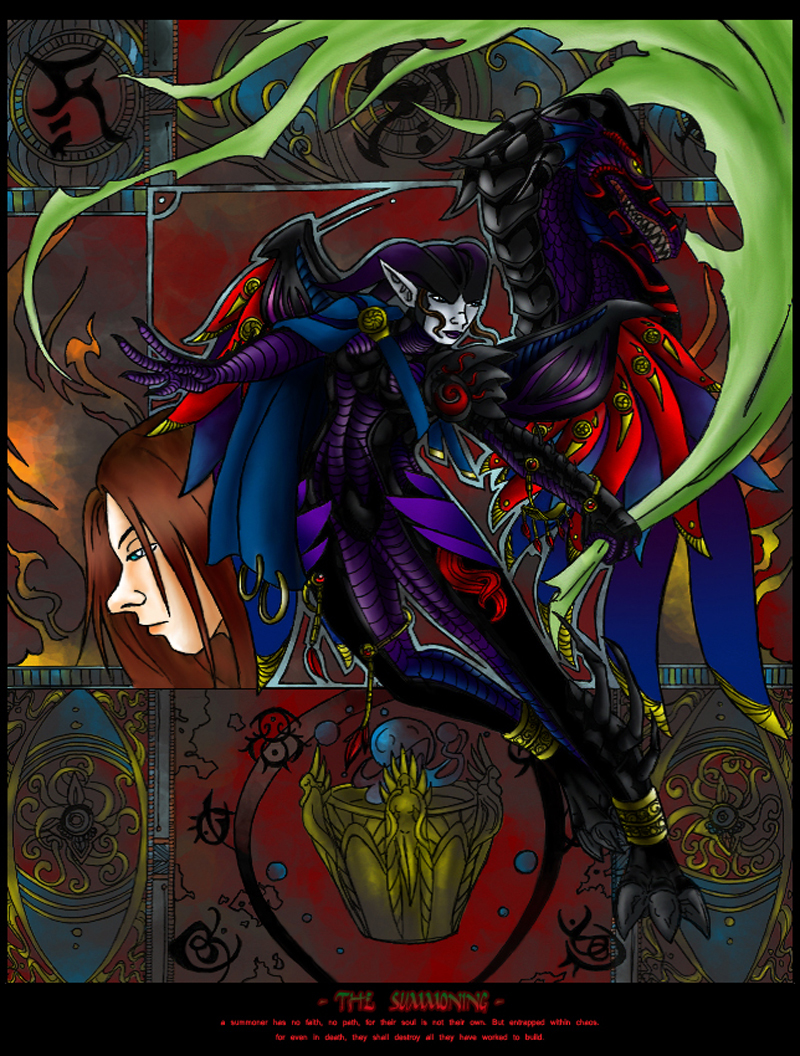 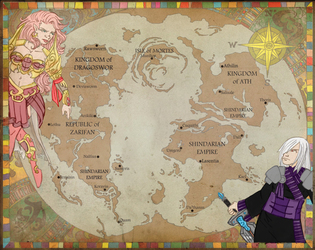 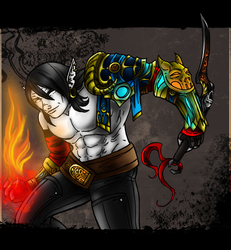 This is a very old pic, but I love it regardless and no matter where I go I always upload it. I see so many flaws in it now but it's still exactly how I wanted it to look in the end.

Anyways in Evalas there is summoners, The summoners have to go to various temples and fight the Edilons that dwell in the center of the temple within a container known as a vale. The edilons(sp?) are ancient souls that take forms of beasts, the summoner and the ediloins fight if the summoner wins the soul of the edilion has to fuse the summoners soul and their own to make one being. SO when the summoner summons they take ont he form of the beast, keeping there own appearance but taking on traits of the edilion they defeated.
If that makes any sense... it does in me head lol