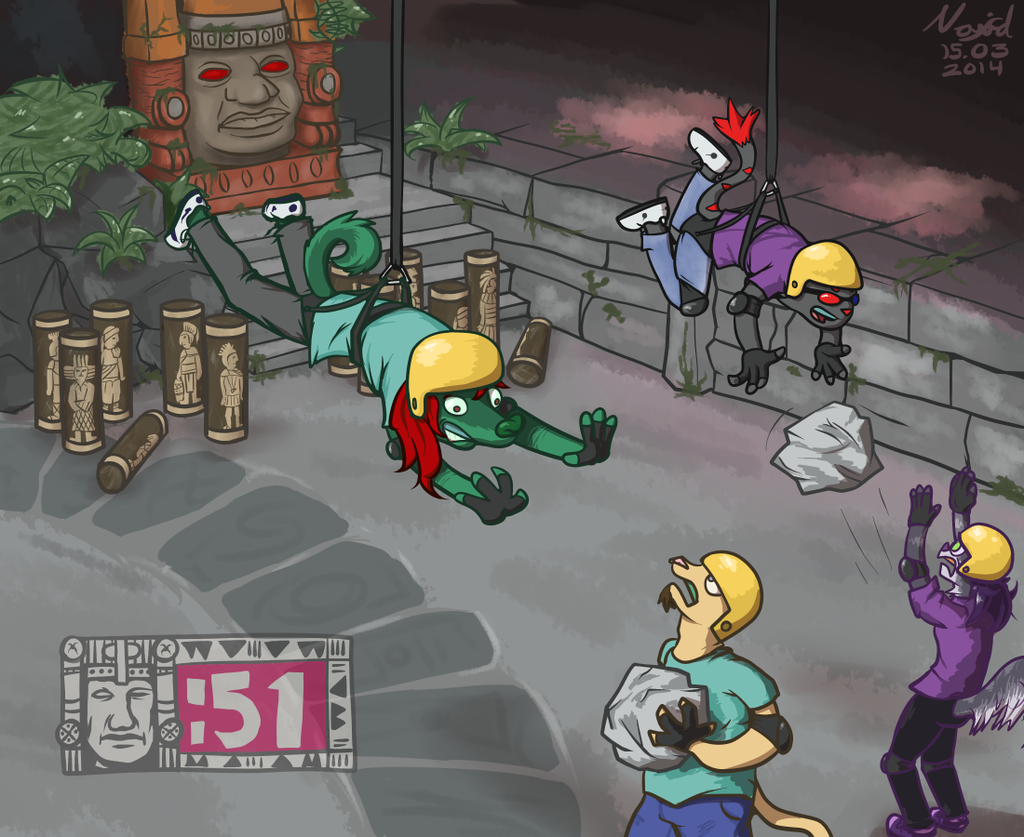 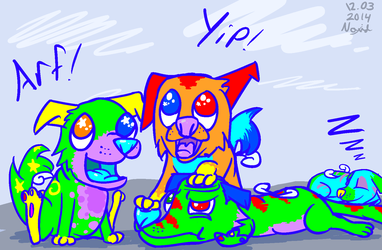 The first place prize for

alexx in a contest I held semi-recently, they wanted a heated battle with her and her boyfriend kalimar against Jett and my friend

lelacrime on LEGENDS OF THE HIDDEN TEMPLE, everyone's favourite 90's action game show. Well, either that or Nickelodeon Guts, but this one has a cool historical slant. With mouthguards and kneepads though because safety first yo.

I like to believe that in 400 years, there will be a revival called LEGENDS OF THE HIDDEN SKATEPARK where kids will have to do kickflips on hoverboards and answer questions about the scientific anomaly that was Justin Timberlake's hair.

this is the most effort I have put into a background probably ever.