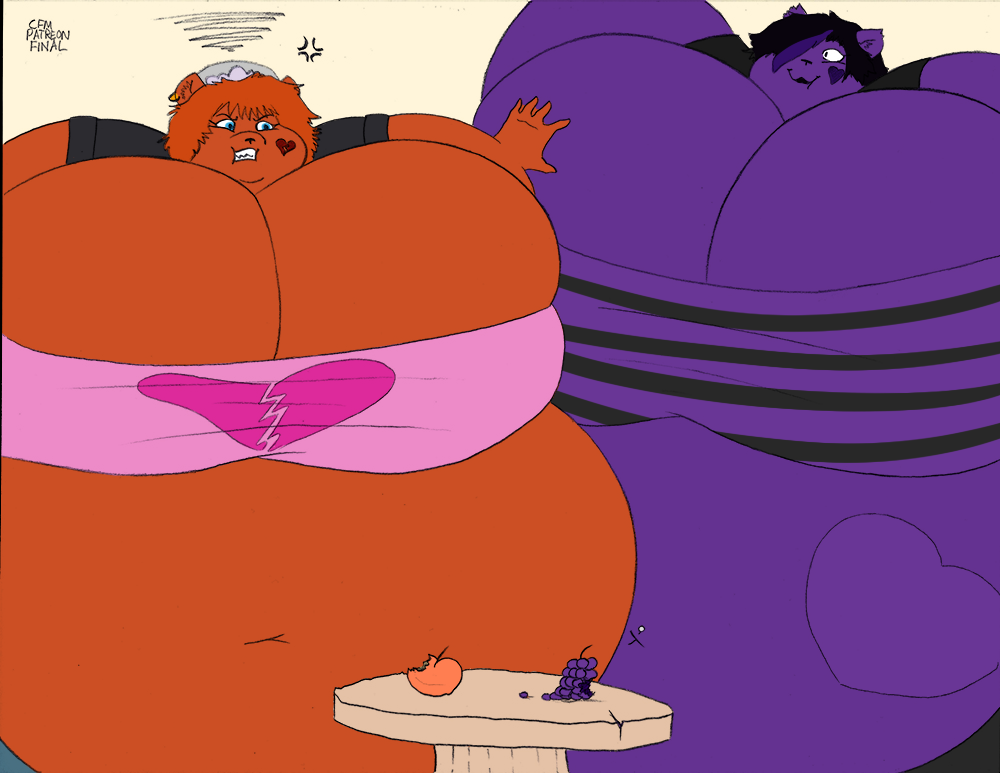 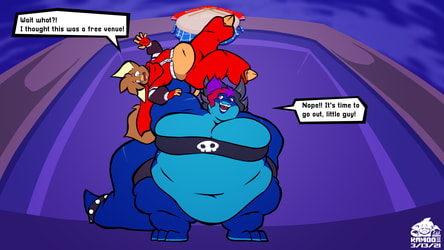 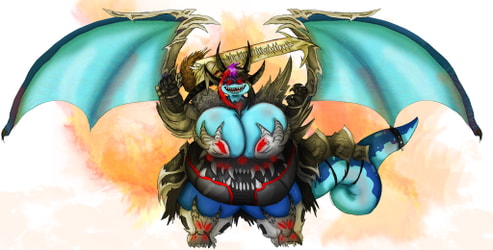 Hannahbelle still did again a bad joke to Cath.

There were two fruits on the table: A peach and a grape. Hannahbelle suggested to Cath to eat the grapes that were eating on the table and she would eat the peach. Cath mistrusted Hannahbelle and doubted she had prepared a joke yet. She decided to eat peach instead of grapes. Hannahbelle seems to accept, without flinching. Cath ate a peach and Hannahbelle ate the grapes. The gothic starts to laugh and Cath looked at her why she laughed, not suspecting that her body was beginning to change color and swelled. Then she noticed that Hanahbelle changed color to purple and swelled. By the time she was going to ask what happened to Hannahbelle, and saw that her skin had become completely peach orange and began to swell a lot. She panicked and asked Hannahbelle what did you do to us? The gothic replied that it is simply an allergy to a fruit and we become the fruit by being filled with juice in our body and swell.
Thus, Cath and Hannahbelle swelled to become fruits. Cath is very upset by this situation, while Hannahbelle, for one of the rare times, seems to appreciate this situation.