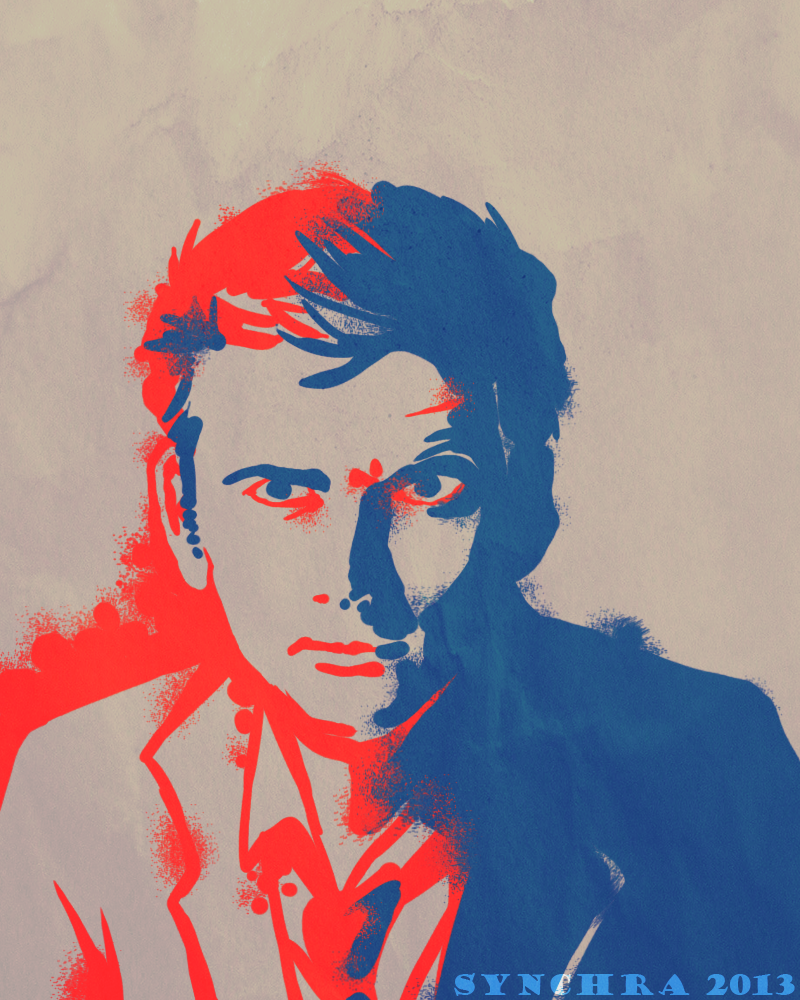 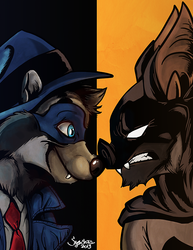 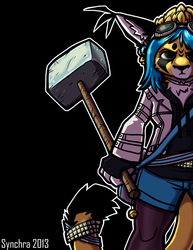 A David Tennant/10th Doctor portrait because I am excited for the 50th (Doctor Who Anniversary)! [INSERTED COMMENT FROM DEC: IT WAS AWESOME.] I tried to do some sort of spray paint shadow look on this, not sure if it was successful or not. Red and blue is an obvious 3D glasses reference, hurrhurhruhrrrhuhrrr.

(Obviously i made him look more like the 10th Doctor rather than just David Tennant.)