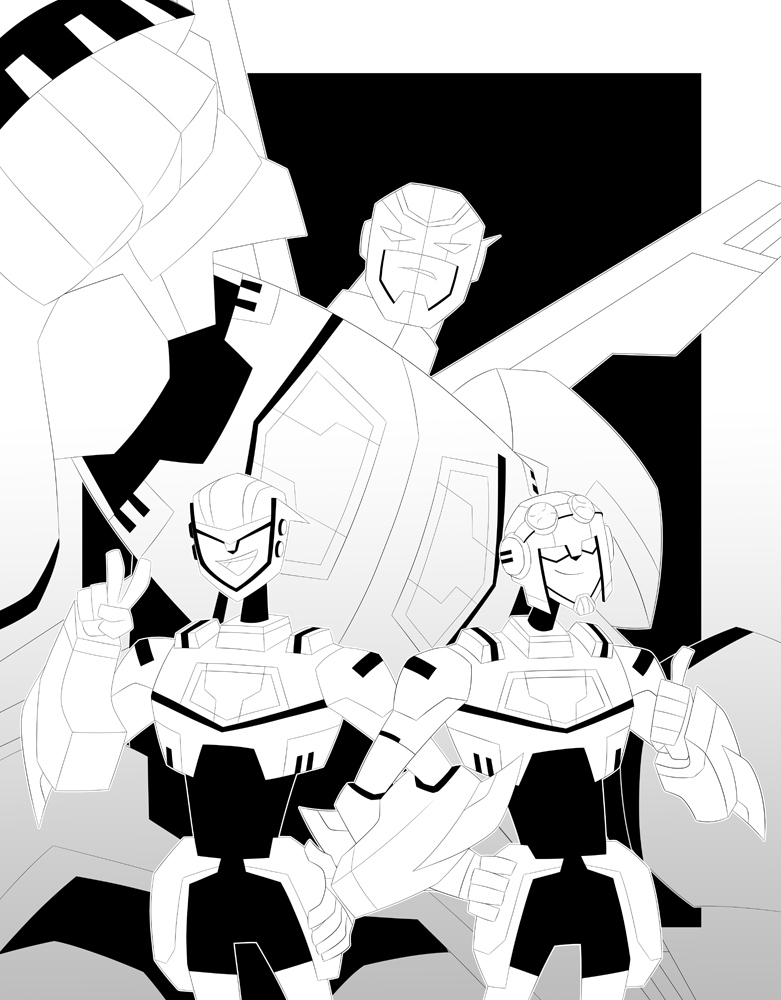 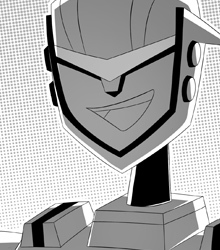 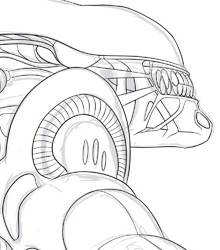 Jetfire and Jetstorm’s combined form, Safeguard. I’m not very happy with the way it turned out, because this was my first time drawing him, and due to time constraints, I had to skip warm ups and dive directly into the final picture, so I didn’t have the chance to familiarize with his design. I used references from both the show and my own copy of the Allspark Almanac, but I still had to make it up as I went. And since I apparently hate myself, I of course chose to draw him from a low angle and then added some foreshortening, because fuck you self, that’s why.

Then I figured that maybe pasting the twins on the foreground would hide most of the mess, and I think it helps? I don’t think they could actually pull off crossing their arms like that, what with their forearms being so bulky, and metal isn’t exactly bendy, but eh, just roll with me here. I rather like the composition, considering it was never meant to be a single picture. Maybe I’ll colour it!