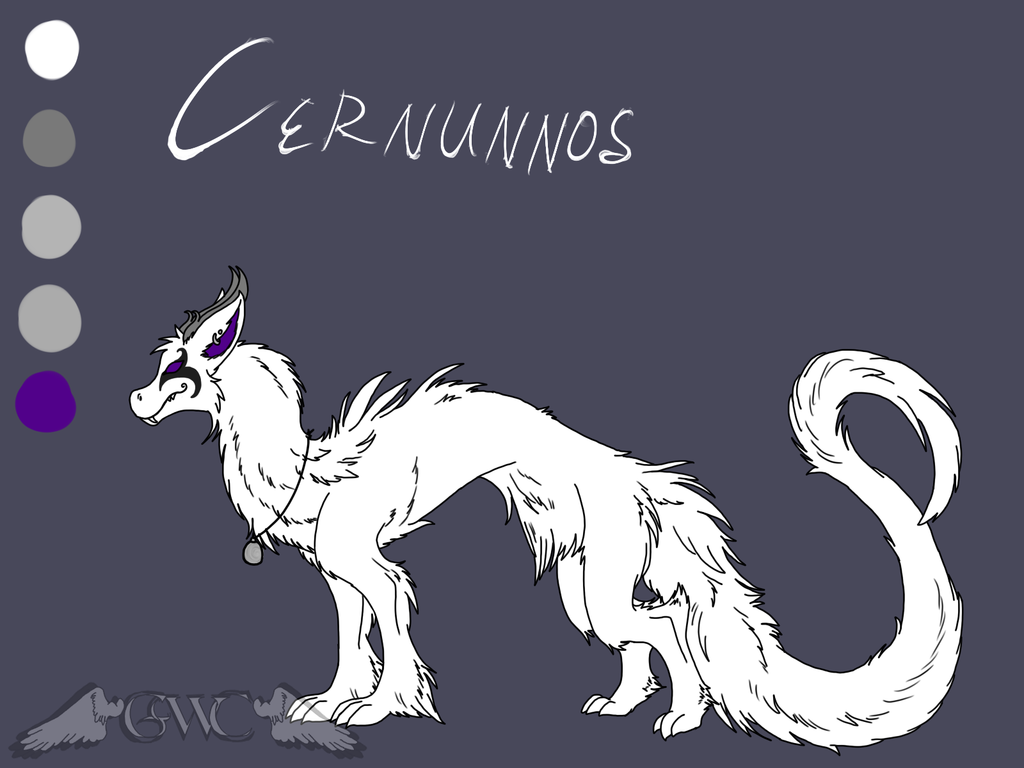 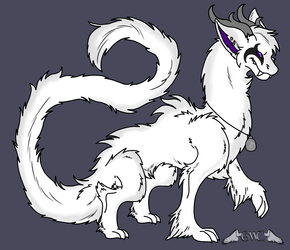 Cernunnos' line has been on Earth for many centuries, he is the first in his family, and as far as known, his kind, that can easily live and function as a true predator on Earth. He is small, as Synx go, from tip of nose to tip of tail, he measures just five feet. He has two piercings on each ear, one stud over one hoop, and wears a plain black leather cord about his neck from which hangs some form of stone.

Cernunnos hates walking on his hind legs, you will hardly see him walking in any other form than all fours. Whilst on all fours, his shoulders come up to three feet. When he is running, he resembles a large, wild cat.

Cernunnos is unnaturally aggressive, and intelligent for his species, he easily can take on those of his own kind, regardless of their size or age. Cernunnos has taken on wolves, bob cats, mountain lions, and even Grizzly bears, and though they usually leave him with injuries, it's nothing he'll die from. Cernunnos is capable of physical, non verbal sound, and verbal communication, he'd accidentally ingested a radio receiver that had been on a tree when he was young, and picked up radio signals for months before finally passing the horrid device. Cernunnos was able to gain a basic understanding of greetings and farewells through the radio signals, and in a few different languages, but that's the extent of his knowledge for now.

Cernunnos resides in the North Western United States, where his once vast forest has become the target of humans as of late.

The first time Cernunnos saw a human, it was a child, whom he had caught glimpse of through the bushes, he followed the child, who's giggling made him curious, and found that the child was camping with it's family. The notion of family was odd to Cernunnos at first, seeing as as soon as he could walk, his mother left him to fend for himself, but he was content to watch the humans, he even started to pick up more of their language.

After discovering the camp grounds, Curnunnos frequented them, listening to and watching the humans, learning more about them. The more time Curnunnos watches humans, the more he wants to know about them. He wishes to some day gain enough knowledge to approach one and attempt to "befriend" it, as the humans say.