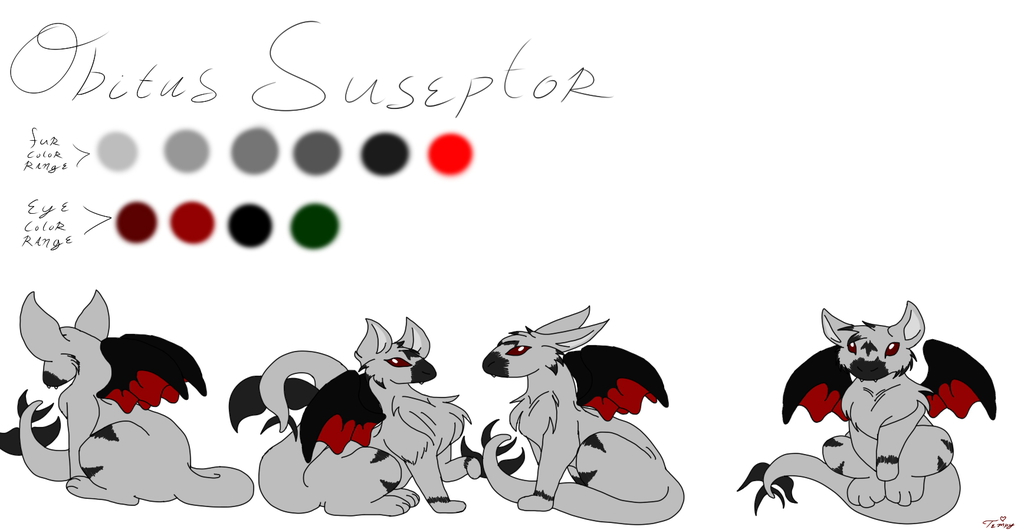 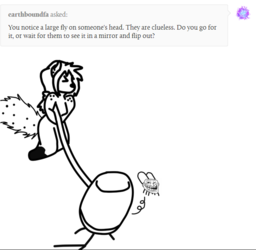 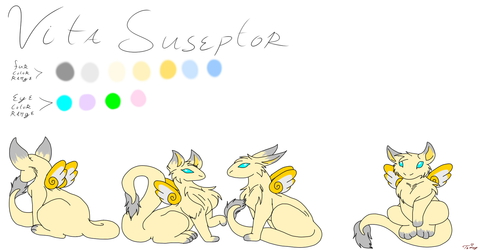 This is the Obitus branch of the Suseptor Species.
90% of their population is Male, 10% is Female
Only Ten of the Obitus have ever been seen, nine were male, one was female.
They are quadrupeds
They stand at about 18 inches at the shoulder
They are about 22 inches long from the tip of their nose to the base of their tails
Their tails are about as long as their bodies, give or take 2-5 inches
Though the only female ever encountered on record was only about 10 inches tall and 14 inches long
Their top canines are very long and can often be seen even when their mouths are closed
They often have stripes or "dipped" muzzles, and have four spikes on their tail
Their elements Are Dark and Fire

Not much is known about this Branch, the first recorded encounter of this branch of the species was during the time of Queen Mary of Scotts, Four males were found in a forest in Scotland, attempting to bury the body of a child who had gotten lost and mysteriously perished. The second sighting of this Branch was sometime in near the fall of the golden age of piracy, one male made his home sitting atop the gallows where countless people accused of piracy hung by the neck until dead. It was reported that once the body of the person was removed, the Obitus would fly overhead, and follow the body to it's grave before returning to the gallows. Four Male Obitus were reported to be present during the Valentines Day Massacre. The only Female Obitus ever seen was documented to be spotted in Sleepy Hollow, on Halloween 2013, where she was flitting about a cemetery, laying a single red rose petal upon each grave.