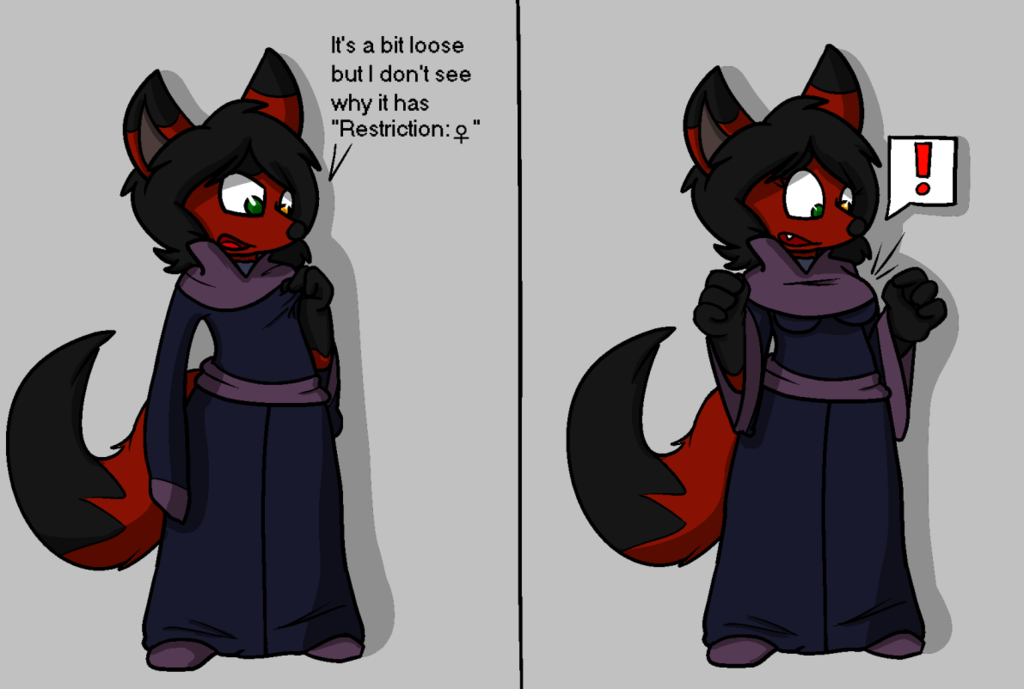 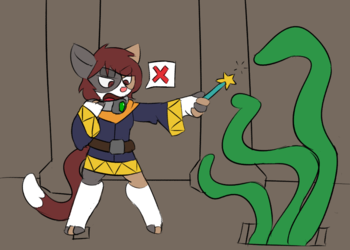 Some games put gender restrictions on outfits and that's lame. Also, I've noticed a lot of MMOs that will have gear that won't have gender restrictions, but will magically change to "suit" the gender that wears it. That is to say, full plate magically becomes a platekini when a girl puts it on.

This idea is sort of a mashup of those two things - gear that magically changes it's user to suit it's "restrictions."

Alternatively, Cyrus got a magic robe. It just wasn't the kind of magic robe he was expecting.