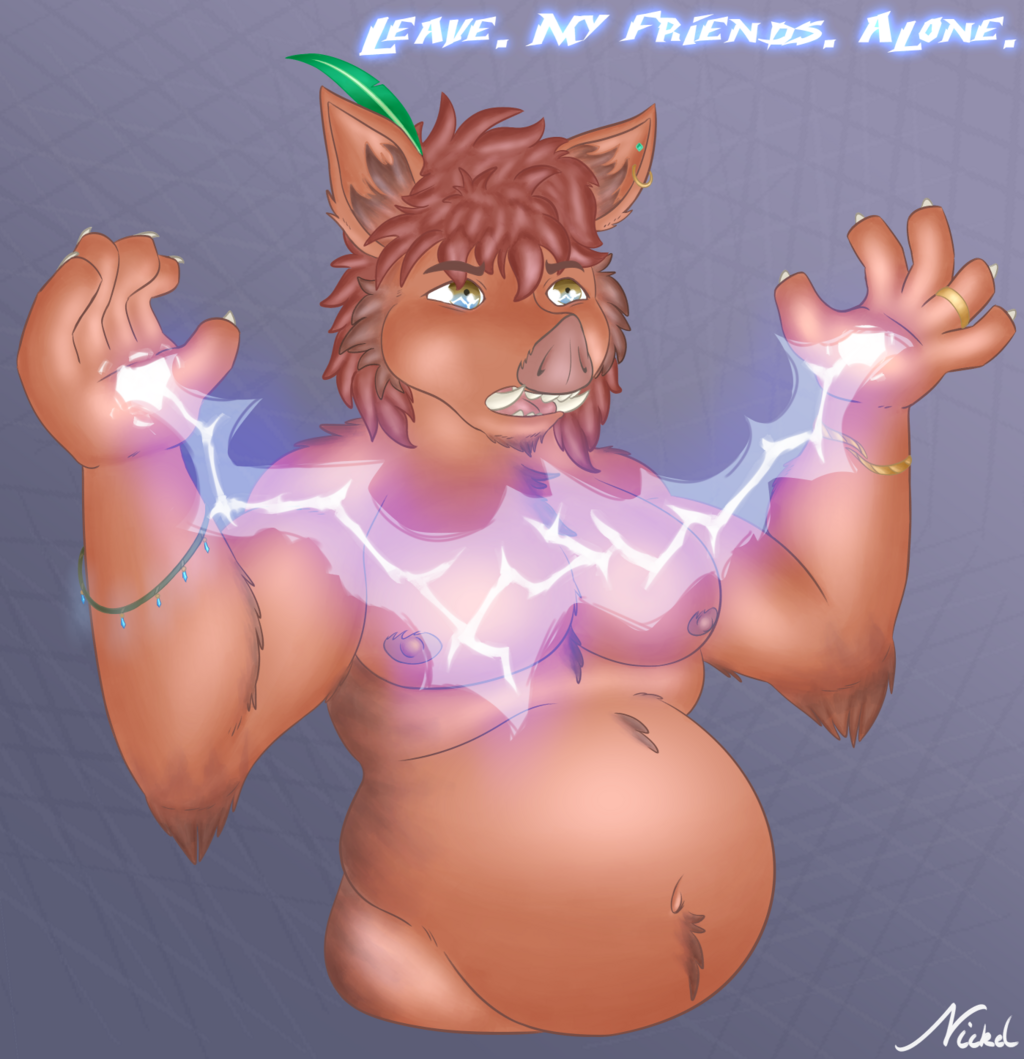 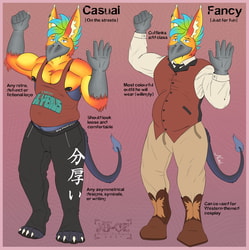 Wanted to try some new techniques. I have so many OCs, but oops, another chunky fluffy boy with a protective personality. Can you detect a pattern?

He is a boar sorcerer. I imagine him as the kind-hearted, outgoing face of the party, always laughing along with jokes even at his expense, and being a really caring individual and an upright hero.

That is until someone hurts his friends. That is until the bad guy decides to take it a step too far. Then he's a raging beast with lightning in his eyes. A savage animal with ruthless intelligence, precisely applying force in the enemy's weak spot until something breaks.