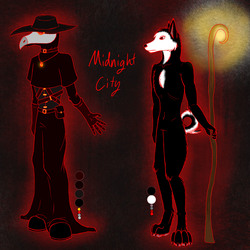 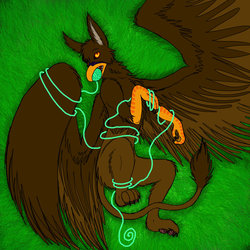 I Always Wanted To Eat Glass With You Again

Likely getting rid of my priest in Legion. Cuz I hate playing priests. So here's something for her and her never-created counterpart.

Lots and lots of experimenting with my priests. I was actually working on this in between art trades, but I went back and finished it once I completed the 2 trades. So I tried more gradiant-colored lines, this time with 2 different color sets, as well as playing with the shading on the wings, and working on blood. Also used a neat brush for the background.

Moderate mature filter cuz blood all over them. Been a loooong time since I put a filter on something. I still have basically no background on these two, but they love eachother and are always with one another. Shadowhowls is a shadow priest (basically a psychic vampire) and Brighthowls is a holy priest, although despite being totally different specs, they're almost the same person. And that person is more of a shadow priest.

They aren't in the best of shape (can I make a joke about priests dying too easily in WoD leveling?) and are in a constant state of borderline undeath, staying "alive" do to connection to The Light. The wounds are self-inflicted. The wings are because of a couple priest abilities which I love the look of. So I just keep them on at all times when drawing. They don't do anything though.