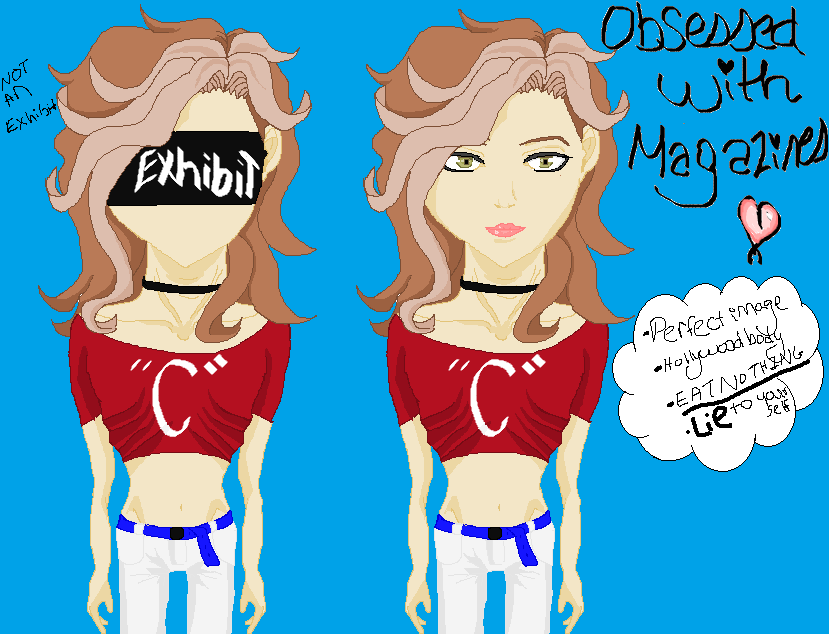 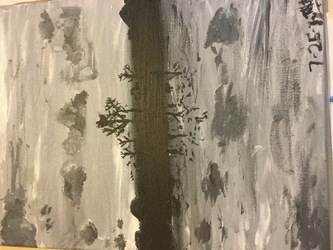 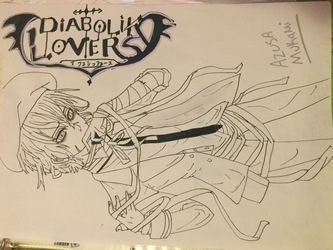 This drawing I did of a song I like called Cynical Skin from Get Scared. the song deals with problems many of us face (Hating our self, depression, feeling empty inside: etc.) This was drawn from inspiration of a verse about anorexia. In the song the lead singer states this "And to the left of me, we got exhibit C, anorexic, obsessed with magazines.) It shows that we spend so much time obsessing over the Hollywood image and start hating yourself and seeing that they are not like them. Soon it feels like people are only seeing them as nothing but exhibits at a museum.

So I had drawn it as the girl can't seem to be happy with herself and all she thinks about is having that perfect body and forgetting that she is human, not something that is unreachable. I wanted to draw more details, but I couldn't draw the magazines and emotion that she feels when looking at those magazines.