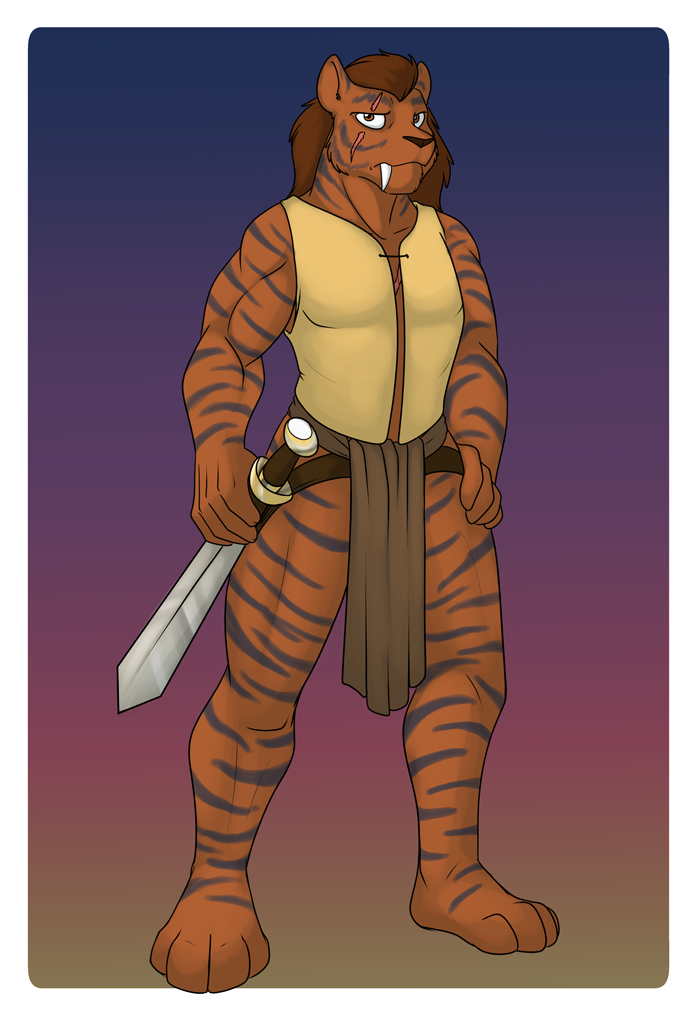 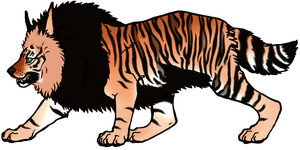 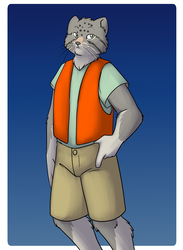 This is Lo-Nachoo. He's the Ka’yno of Talo-Vy when Bill Watson (Mvilu Uatusun) arrives in Talo-Vy and the antagonist in the story "Marooned on Tashoo". He's a head taller than the average Mory making him approximately 290 cm (9.5 feet) tall. There is a broken scar over his right eye. It’s about four centimeters long below the eye and two centimeters above it. He also has a scar on his chest that is mostly hidden by his vest. The left upper canine isn’t visible, having been broken off in one of the numerous fights the Mory enjoy engaging in. He is as dishonorable as the rest of the Mory are honorable. He uses the law, which the Mory hold dear, only to his advantage. Eventually, he is killed by Bill during the "Trial by Combat" after it is discovered that Bill has been keeping a Kootona as a pet.

This drawing was a commission from Foxenawolf (http://www.furaffinity.net/user/foxenawolf/) on FurAffinity. She streams on a regular basis and offers commissions during most of her streams.