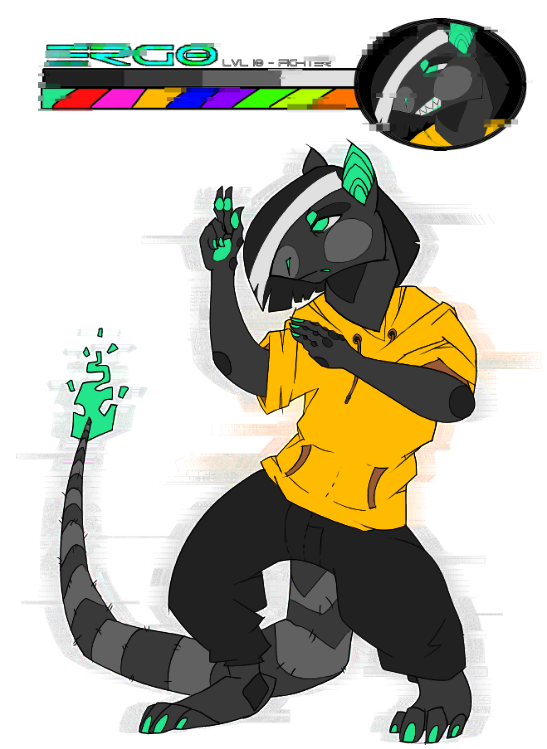 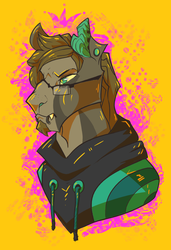 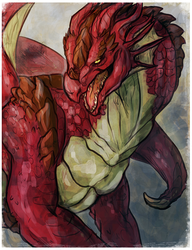 Universal Martial Arts Master. Knows almost all types.
Multilingual. - English, German, Dutch, Chinese, Japanese, French, Romanian, Latin.
Chi Stealer. Temporary freezes opponent. Can be fatal depending on attack spot.
Flaming Tail. God only knows why. It doesn't burn and is comfortably warm upon touch.
About:
Generally keeps to itself.
Gender and Sex unknown and indistinguishable.
Voice is also unisex. Ranges from soft and feminine to grungy and masculine.
Makes its living through private martial arts coaching. Prices are very high - only deals with upper class pupils.
In free time Ergo visits illegal fighting matches downtown, Often enters just for the fun of it.
Likes wearing reading glasses just for the knack of it.
Unisex jackets, hoodies and large pants is all Ergo wears. They're comfortable and easy to wear in a fight.
Eyes, flame , etc. colors change often on will. As well as internal flesh and organs. Blood often glitches and doesn't change color for some weird reason.
Bleached hair locket can be recolored in any of ref's neon colors. It does it a lot, but leaves it bleached white when lazy

Wow hey I kinda did an Emdy reboot into a new character.
I wanted a pure rat chara, since Emdiiz is a Rat/Dragon/Deity/Monochrome/Thingamajing.

Also fucked around with a new style on accident when my tablet's pressure stopped working. So I lined with fade (the head only, I fixed it afterwards.)
I like it.

Inb4 I'm going to extend my bleached hair upper. I'll prolly do it on both sides. I'm waiting for comicon/otaku/whatever so i can cosplay and then i'm ready to go ovo