The day I became whole by Mprego_Kazuki 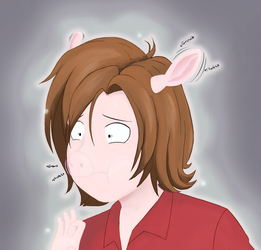 The day I became whole

On September 9th 2013, Vulcantigress and I took a lil day trip to NYC for some fun at the Nintendo Store and Chinatown Fair arcade. Lil' did I know what was in store for us. After having an awesome time at the Nintendo Store, we went on our way to Chinatown Fair arcade. Surprisingly enough, we decided to take a rickshaw taxi to get there. On the way, after talking about this and that while enjoying the city passing by us, I mustered the courage to express my feelings that I have had for her that were growing over the months. She was surprised and took fondly to me opening up to her. After a lil while, she decided to ask me if I wanted to start a more serious relationship with one another. Without a second to spare I accepted wholeheartedly.

I will always remember that day, because that day I truly found my other half and I've been happy ever since ^_^