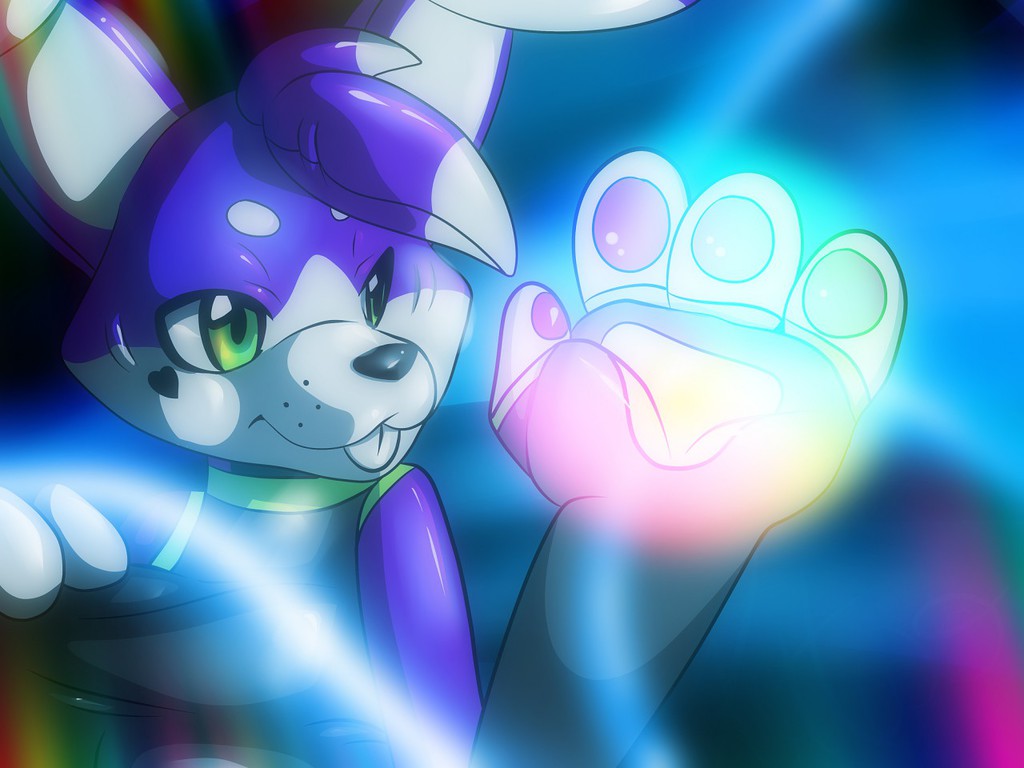 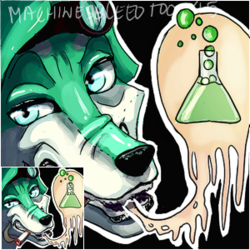 I groaned softly as I opened my eyes and had to squint softly as my arm quickly come up and covered my face as my vision was suddenly assaulted with the bright white walls. "What the hell?" I murmured as I sat up with a soft hissing and creaking sound and found a carrot stuffed between my cleavage.

I suddenly got flashes from the night before, Zumi and I were in my apartment playing video games when she suddenly suggested that we go out to the local rubberfur & balloonie club where we met Moro and came back to the lab.

Zumi being one of the few others I knew, I decided to take her up on her offer despite not really liking those places... I'd run into too many weirdos that were either really creepy to people like us or hated us for no reason at all other than the fact that we were inflatable.

It had gotten to the point where I'd taken to stuffing a taser into my bra to prevent unwanted contact because if you haven't figured it out by now, most of our kind aren't known for our physical strength... Some of us can inflate to colossal sizes and crush anyone that bothered us but unfortunately I would have been lucky to get an extra foot before the pressure found it's way out in one way or another.

I met Zumi one night a few months ago after spending a rather unpleasant night in an out of the way but rather nice club called "Mercury". This club was exclusive for furs of the 'other' variety, mainly synthetic furs like your rubberfurs, your plushfurs, your foodfurs, your goofurs and etc.

Occasionally a "fleshie" would get in with one of the others, most of them were fine but occasionally a chaser or hater would hook up with one of the other furs in an attempt to find more of the 'exotics' to get in and cause all kinds of havoc. My night started when a slim tan/brown ferret by the name of Randal came up with his arm around the waist of a transparent pink balloonie vixen that was at least 8 feet tall and a little chubby with nice curves.

While I was checking her out and considering striking up a conversation with her I noticed that Randal was scanning the room with a devious smirk across his face... It was a look I knew all too well and then his gaze locked onto mine and the smirk grew wider.

As my gaze darted away I noticed the vixen lean over and kiss him between the ears, obviously perturbed by his behavior now that she'd noticed it. Randal didn't even flinch as he flicked his tongue out at me and I sighed softly turning around to the blue and black obsidian bull behind the bar and ordered another drink.

"Randal's back is he?" The bull snorted as he looked over my shoulder and poured another glass of turquoise liquid and sliding it over to me. "This one is on me and so will the next few... Randal is a real piece of work and he seems to have taken a liking to you."

I sighed and looked at the glass running a finger over it nosily. "If he's such a big problem why is he allowed in here?" I asked in an annoyed tone.

"He's a big spender and a friend of the owner." came the uninterested response as the bull turned and walked over to another customer. Within seconds the ferret was at my side trying to chat me up.

"What are you drinking?" He asked.

'Blue/green stuff" I responded an in uninterested and bland tone and took a drink before he could ask me anything else.

"I like the sounds your body makes and how it bulges out a little when you drink it..." he said quietly to me, flicking his tongue out again as I was putting down the glass. I gave him a dirty look and leaned over to my side and picked up the thick iron chain hanging off the side of my jeans and showed it to him. "What do you think this is for?" I asked him in an annoyed tone.

"To weigh you down when we go back to your place. I'm actually surprised someone like you can stand with that." He said without wavering for a second. My jaw dropped and I was about to pull the taser out of my bra when suddenly a bright pink inflatable husky dropped into my lap and wrapped her arms around me. Flustered I resisted the urge to shove her off before she spoke.

"There you are, I've been looking for you absolutely everywhere!" she exclaimed and looked over her shoulder at Randal and waved her paw at him. "Thanks for saving my seat darl, you can go now!" Randal began to protest until the expression on the husky's face and her tone of voice dropped aggressively on the last two words. "You can GO NOW!"

His face quickly turned to a scowl and he stormed off to the vixen he came in with. She looked down at him and immediately turned her nose up at him so he tried to wrap his arm around her again but she very quickly pulled away before telling him off which annoyed him further.

In the end he decided to leave but 5 minutes later, the husky I'd met whose name I'd learned was Zumi, the vixen and I were all escorted out and told not to return.

The vixen was furious, I didn't care because I was over the whole club scene and Zumi was joking about how childish and spoiled Randal was because he got rejected. That was the last time I'd been to a club since the blue moon, I still keep in touch with the vixen and of course Zumi which is how I got here...

As I snapped back to reality I realised that only a moment had passed and on the other side of the glass there was a pearlescent white plush polar bear smiling and waving enthusiastically at me. I waved back and smiled nervously as I suddenly heard a voice come over a speaker as she pushed a button on the console.

"Don't worry sweety, my name is Marshmallow I'm Moro's partner. She's gone to bed and asked me to keep an eye on you and to push a few random buttons when you woke up." She said in a chipper tone.

My eyebrow raised at that last part but before I could say anything in protest she was mashing buttons all over the console like a toddler trying to play a piano and giggling excitedly.

All of a sudden the air in the chamber seemed to change and I started seeing bright coloured lights blinking and sparking all over. As the minutes went by the inside of the chamber was starting to look like the inside of a plasma ball.

I smiled and giggled starting to play with the strings of light as they fluttered and fizzled around my rubbery paws, the colours fluctuating and changing making me feel more and more tingly as time went on.

Suddenly I jumped as the door to the basement slammed open and I heard Moro shrieking down the stairs...

"Marshmallow what the hell are you doing?!"

Unless you are myself or the artist you do not have permission to copy, edit or otherwise crop and re-upload this image. If you do Moro and Xutwo will come after you.