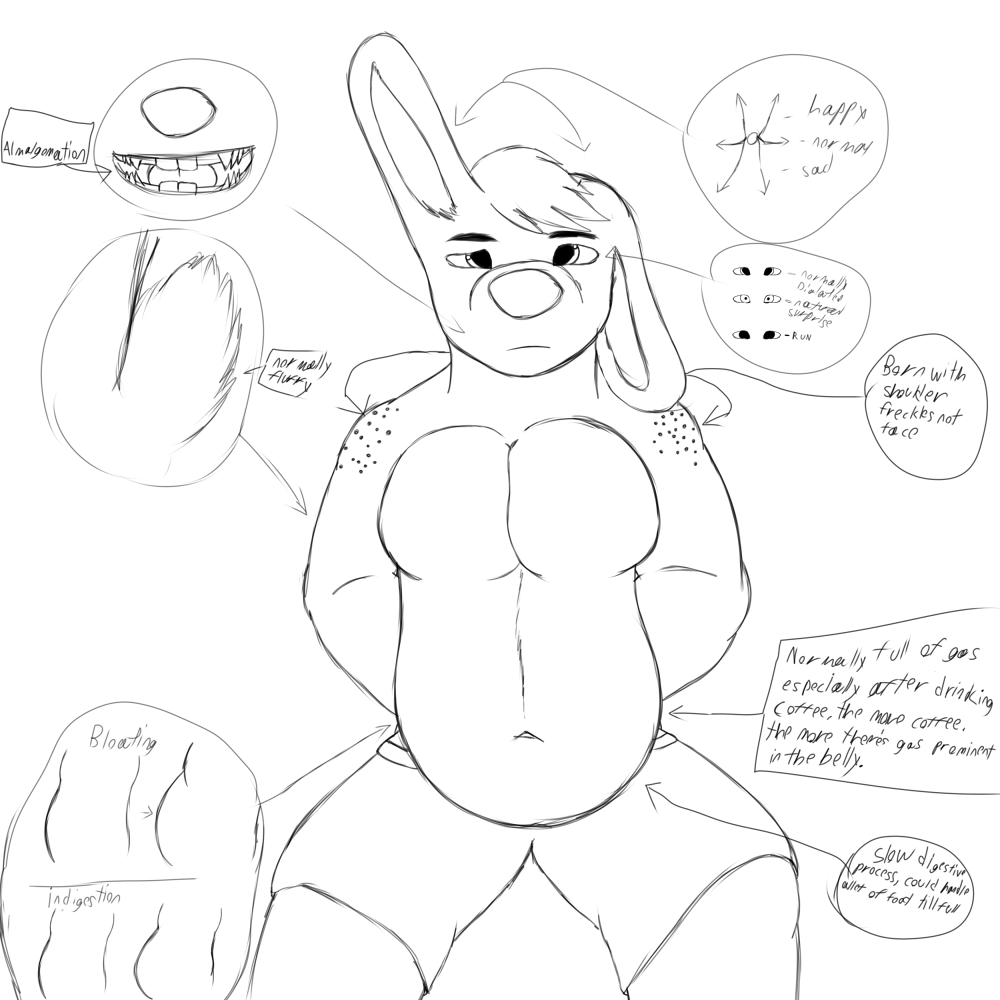 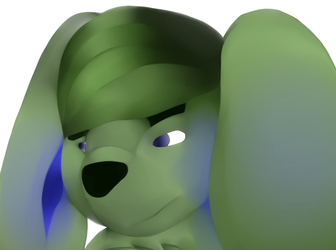 He's not as strong as he looks but can still pack a punch if he needed to.

His belly is generally full of gas especially after drinking coffee, the more coffee the more there's gas prominent in his belly.

He has a slow digestive system but can eat allot more before experiencing pain or to full.

While during bloating his pec's are enlarged by not much but his stomach gets as big and almost round as a balloon.

While during indigestion he will experience from moderate to survere stomach pain as well as his stomach gurgles and groans,
from this time. He will also fart occasionally but not on purpose. And this will also cause slight bloating.

He was born with shoulder freckles and not face like freckles. His teeth are what he describes as an Amalgomation, which is why he does not open his mout while smiling.

Normally his eyes are dialated. By surprising him his pupils are shrunken in a quick time span. If they're completely covering the iris and there's only black.
You're in danger, and must procceed to run away from him.

If his ears are up and straight then he's happy if they're halfway down then he's normal. Else it means he's sad.