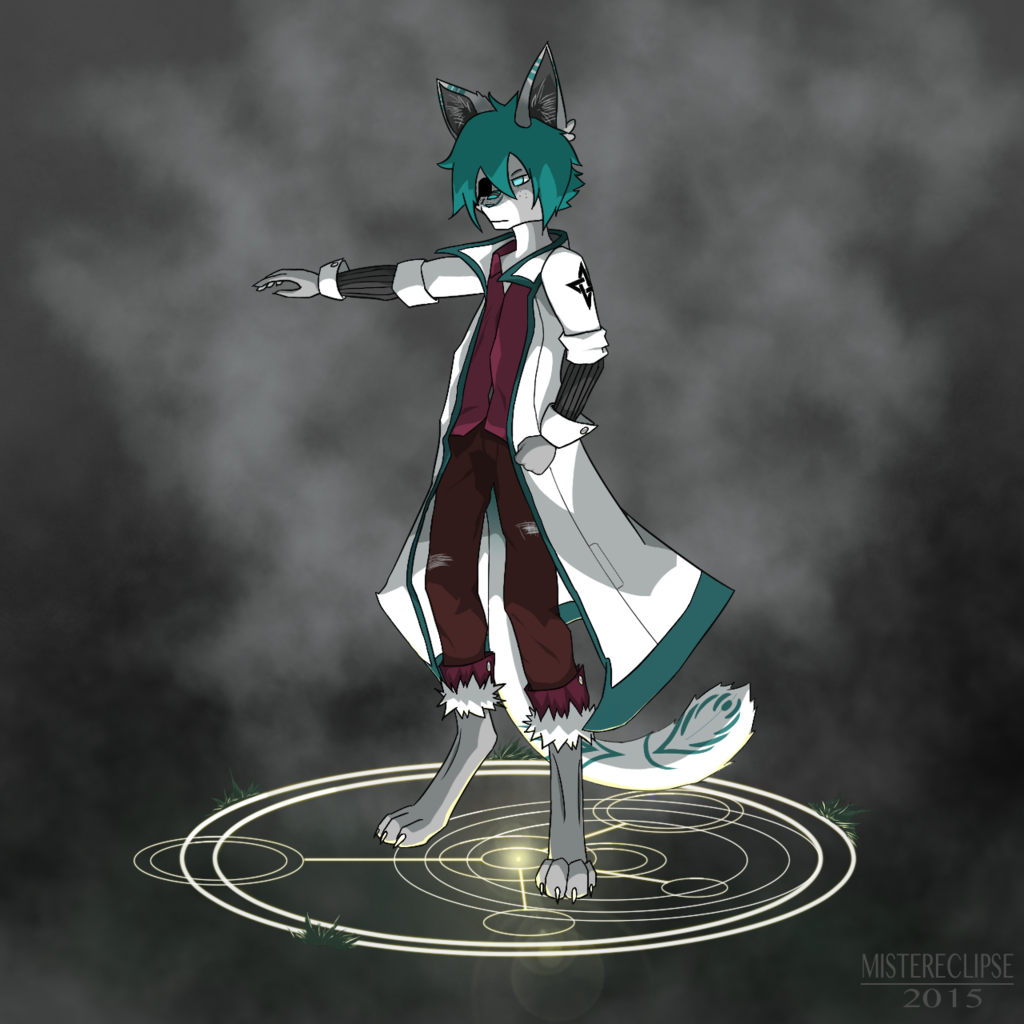 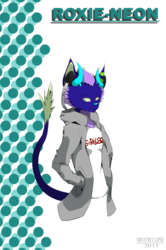 FINALLY. TTuTT Geezus that took forever and a day to make, like holy shit. I spent /so/ long on this, it's ridiculous. I'm somewhat satisfied with the results, though.

This is a version of my own fursona, Blake. ^.^ I decided against the really complicated markings, because reasons. Anyways, I made this specifically for a roleplay that I'm going to be participating in, eventually.

Here's a little bit of backstory on said roleplay:

The year is 2015, and the world is in a state of absolute chaos. A few years back, the world was suddenly launched into a nuclear war, causing the biggest disaster that furry kind had ever seen. Many perished on the days that followed the world's leaders announcing their declaration of nuclear war. Instantly, all rhyme and reason to society's grasp on what was right was lost, and the entire system collapsed.

The world was destroyed by the missiles and bombs dropped. The mountains and hills transformed from breath taking, to life stealing. The radiation made over sixty percent of the world uninhabitable. These areas are known as the Fallout Zones, where little to no life is sustained... At least not any anthromorphic life form.

This world is ravaged by a constant war between monsters and anthros. The monsters started to rise up against the community of anthromorphic beings, and thus the violence began. Many monsters are mildly intelligent, but their main strength is in combat, their ability to rend flesh, and snap bones. An elite group of monsters are extremely intelligent, and they are a deadly threat to anthro kind. The anthros, meanwhile use mainly things they had for combat before, swords, bows, magic, and if you were part of the army, plasma rifles. The most deadly of all of these types is the plasma rifle, but since they were so inefficient, they were also one of the worst weapons. The rifles were only able to be used once every few minutes, because they got so hot that they would overheat and malfunction, in many cases they would even melt and cause severe burns to the user, not to mention it rendered the rifle completely useless.

Our group of characters are friends, that have fought to survive through the nuclear fallout. They are a band of assassins, dedicating their lives to hunting down and disposing of anybody who opposes furry kinds' survival, that is to say, any anthro who fights alongside the monsters, against anthros. Right now, they are making their way through a brushland, trying to find an abandoned house that they can take over and call their base. They are all tired, and bruised, some with cuts on their limbs and faces, others nursing a light limp. They had all been in a van, travelling through the back roads of the area while the sun steadily fell behind the mountains on the horizon, when the van set off a road side bomb, flipping the van onto it's side and causing it to skid down the road. The impact snapped the wishbone at the rear, and broke the front axle, not to mention numerous leaks and dents that completely trashed the engine. The van was compete rubbish now, so they decided to try to find a place to get camped out for the night. They spot an large, worn down house a few hundred meters away, and decide to check there.

It's in a grove located out in the brushland. It's been there since 1960. It's claimed that the remains of monsters were found there a few weeks ago.

When we get to the house...

This enormous house looks fairly modern and is in poor condition. The interior is done in colors that remind you of a candy store. The yard is small and resembles a meadow. Also, the house is rumored to be haunted.

Long, yes. But yeah. owo Fun stuff. I had a lot of fun with this, and I learned so much whilst making it!! :D I can't wait to start on the next one.