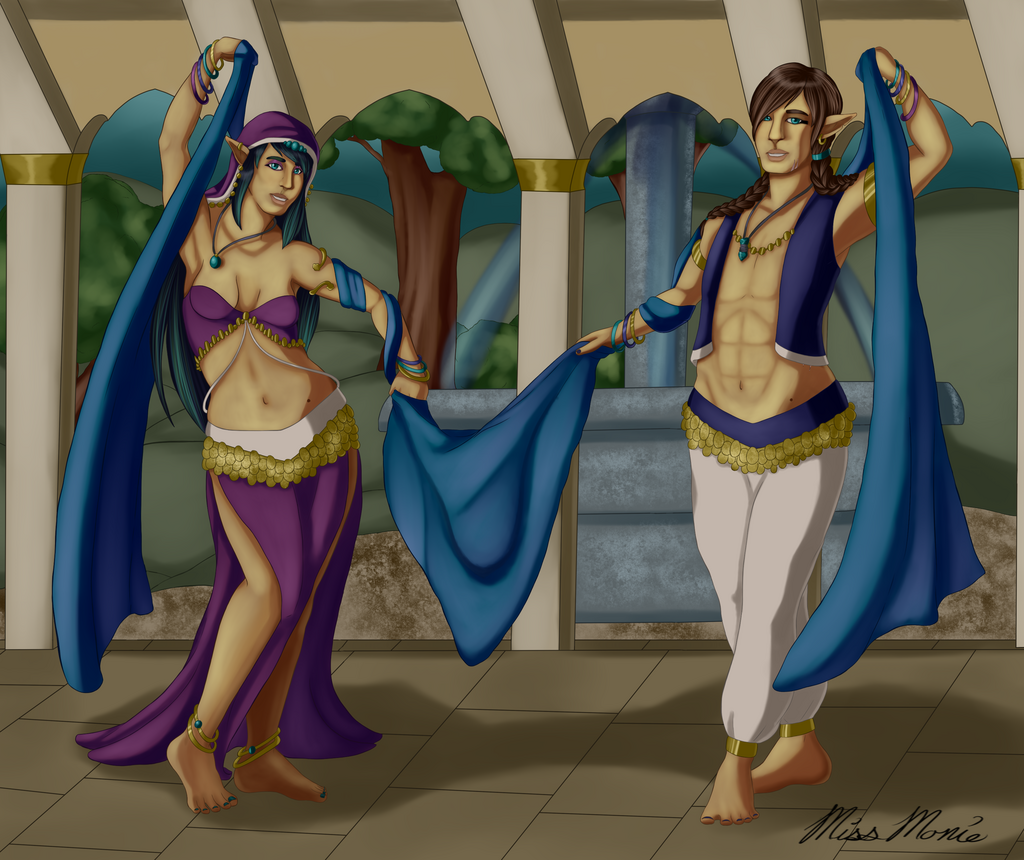 This was the piece I was working on when my mother unfortunately passed away. I'd started out loving it, but it began to become taxing in its final areas. I just wasn't wanting to keep working. It was also supposed to have been posted on the 9th or 10th as it was originally meant to be a Holi themed piece with color spattered on the twins.

I've enjoyed drawing Tor more and hope to do some more pieces for him. Before he lost most of the function in his right leg, he danced with his sister often. Now it's difficult for him to move like her. Which is why he's less bendy than Monifa. But she makes up for them both.

The twins belong to me.