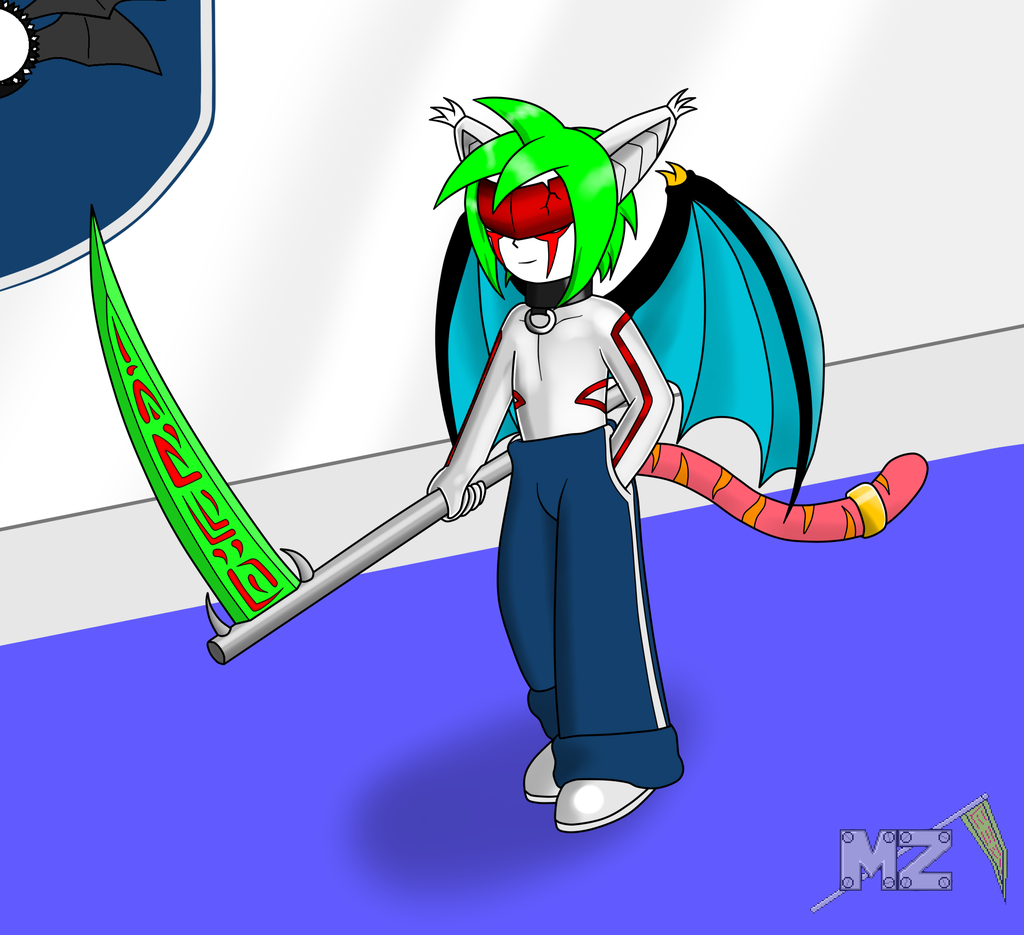 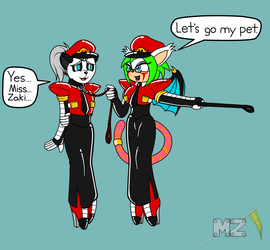 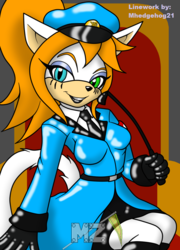 Here we have Zaki Yamahachi wearing the Luner Empire uniform but in his style. that me and ChaosOverlordZ

-For his Luner Empire attire he wearing a shiny silver nano-fiber bio suit bodysuit
-the baggie pants are the same as his old one but have the empire traditional blue and silver.
-A visor witch normally would be pulsing with one of the 5 Luner God but for some reason it turned red and cause of this the Science Deviation are interred by it but would monitor it.
-He got to keep his collar and his tail ring.
-His scythe Tatsumaki no Chisho (Tornado of Blood) got a upgrade where the poll got replace with Luner Silver and had the symbol on the Jade blade touch up with fresh Sky Fiend Blood.

Zaki Yamahachi, line work, and background belong and done by