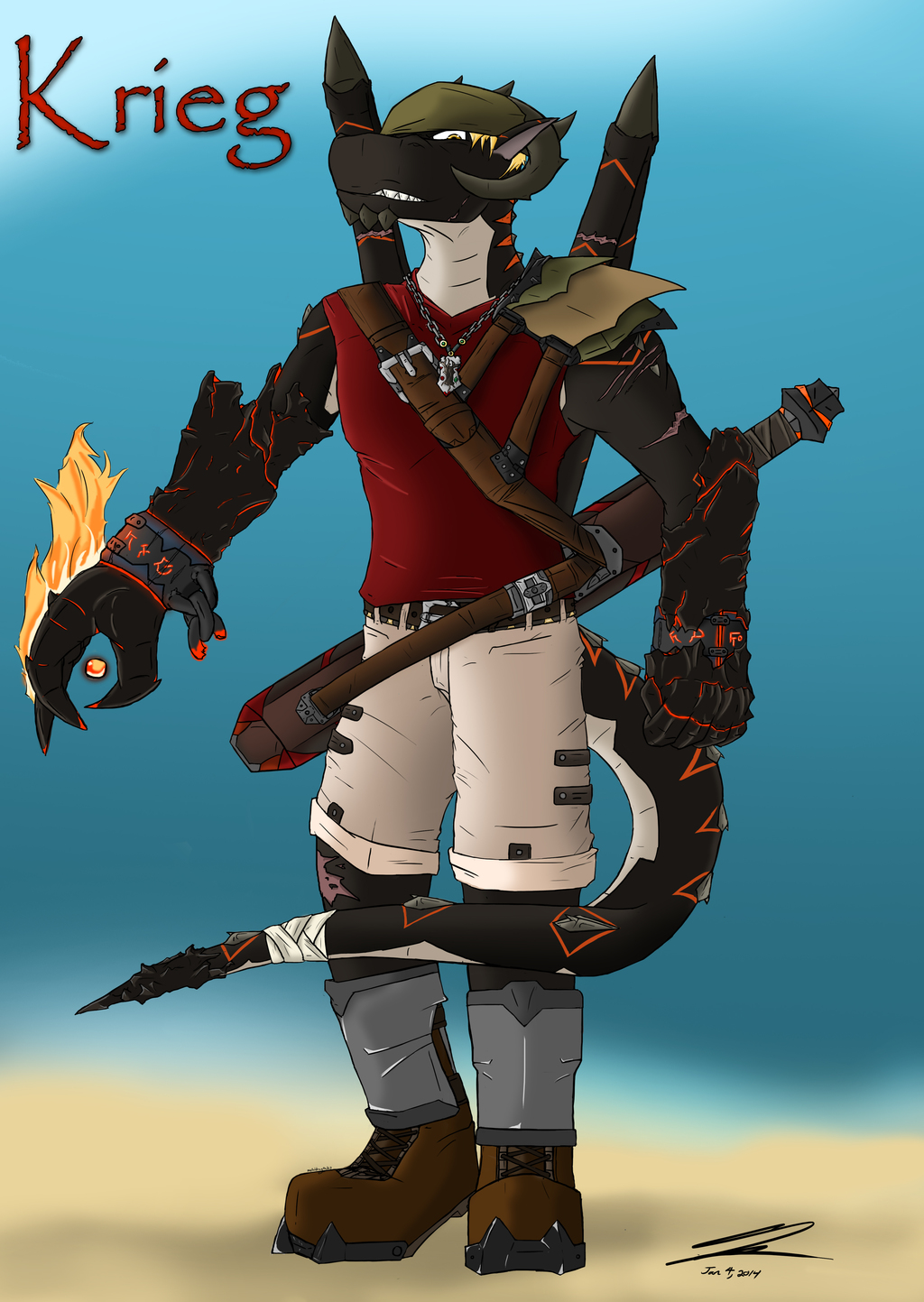 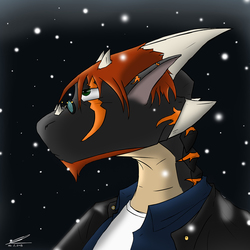 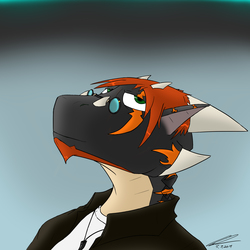 2013's year end, late yes but still done though not as grand as 2012 but I have been so focused on my story I haven't have the inspiration spike I usually get. Still enjoy the bandit Viktor Krieg who(if you read the series) you'll see in book one: Sands of Memory.

"Who the hell are you?" the umber dragon rumbled deep in his throat. "If you have ever live a day in Jericho you'd learn the greatest wisdom of your short life; don't bother me." He rose from the done he'd been sitting on, Korgrok slung across his lower back. "I am Krieg, Bandit 'King' of Jericho and you have made the grievous mistake of running into me, reeking of the stench of human. So speak quickly or I will split your corpse from skull to balls."

Krieg laughs, "My brother sent you?...My naive little brother wants a runt like you to ask ME for my STORY?!" Krieg's clenches his fist, a sullen glow escaping from the gaps in his scale, running up his arm until the light fades to nothing once more. "I haven't told anyone here my story. Xerna knows already, and besides; Darrian knows too. Why would he send you here to get something he was there for?"

Krieg paces around before resuming his seat upon the rock. "If it's the mark I left on Haven then he can tell you why, if it's why I left, he'd know. If you want to know what it was like hiding with him, Ellaria, Sarah, and Valkyn then he'd be your better answer; he is memory. The only thing that only history book didn't bother to learn is the extent of what I did after Haven. I made my mark, turning Divinity to ash one town at a time. They sent Wardens and I killed them; I got stronger. Soon others followed me and I trained them to be strong and now we are what we are...the true strength of the Akyrie...the true Outcasts."

He pulled off his bandanna and runs claw tipped fingers through his short golden hair. "You have your lesson, now leave before I come back to my senses, you have a day to get away from here, after that the beasts will be on your trail if you linger in my territory." the old dragon rests his head in his hand. "Don't look so glum, I usually give them an hour, consider yourself lucky being sent by my brother...it might just save your life."