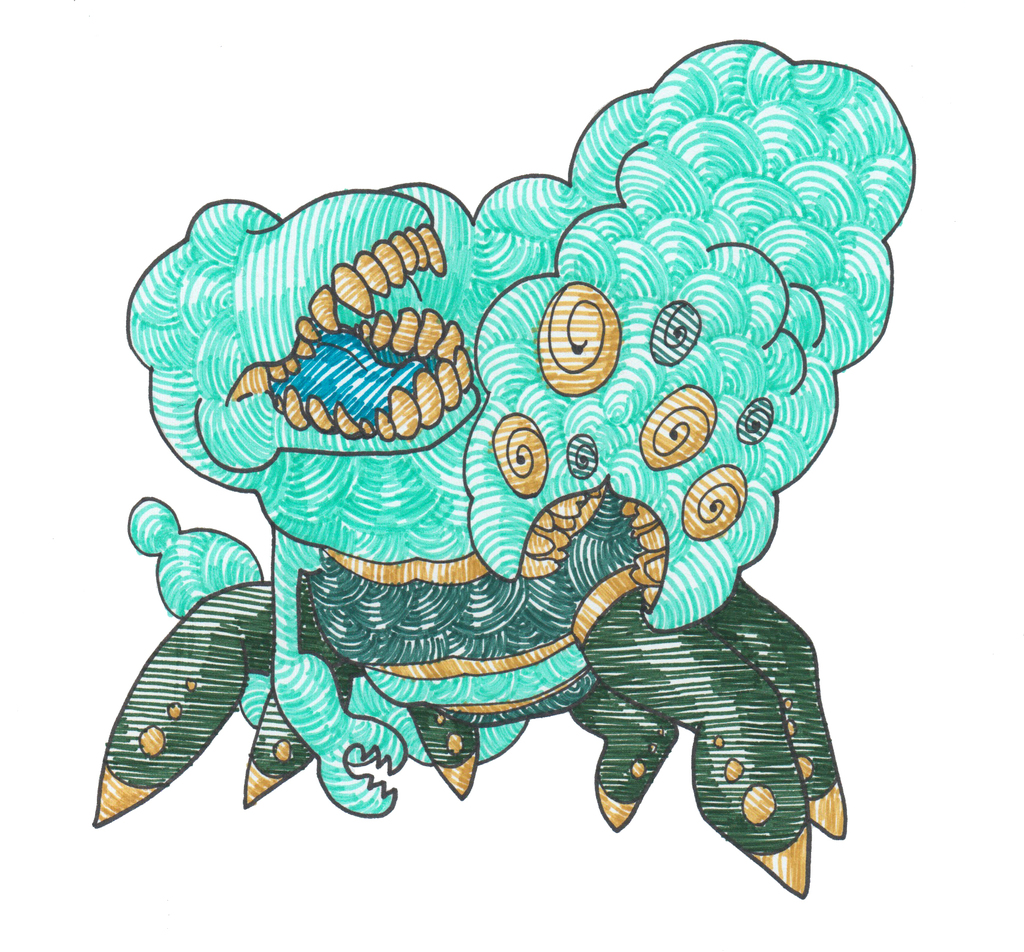 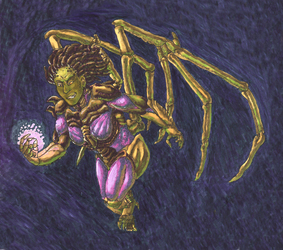 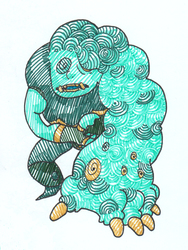 Chrysocolla and his corrupted gem monster form. His gem is less hardy than average and is more likely to be crushed than to crack. The left arm forms a protective sheath and eventually an extra head to keep the remaining gem fragments from separating further.

Chrysocolla is a gem of communication, teaching, and fortifying strength of the home. His corrupted form takes on the appearance of a hermit and fiddler crab, the two heads split between emotional and reasoned thinking. He retains most of his cunning but lacks the ability to contemplate before acting, making snap judgements and lashing out at any perceived threat