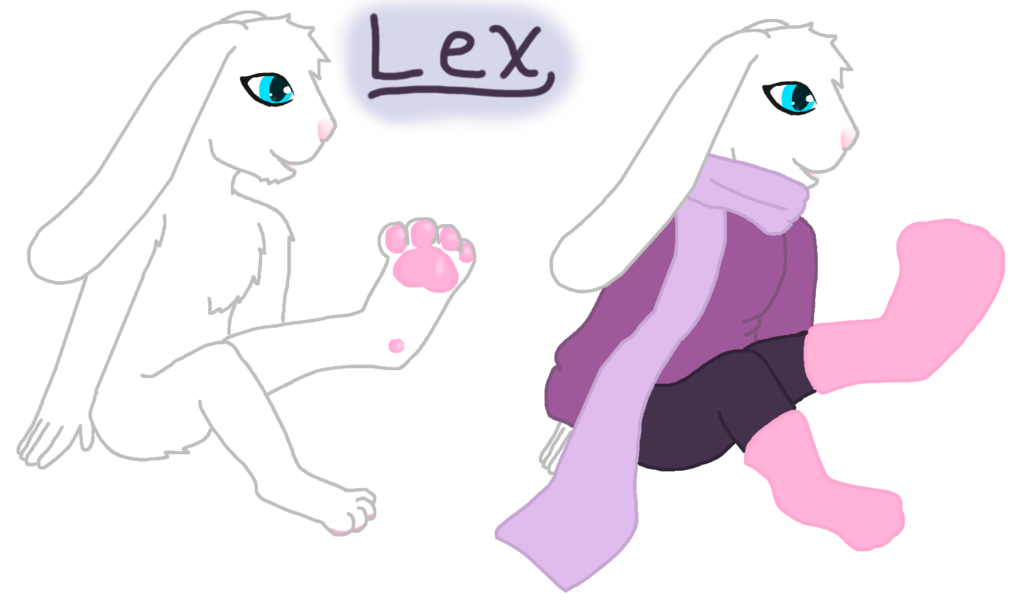 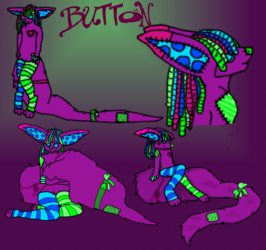 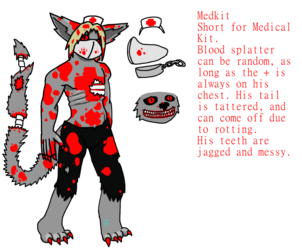 Lex is a white rabbit who came from the frigid north Of course, Lex always has hated the cold. Lex will dress warmly as if he were freezing in even 100 degree weather. However, once at home and in comfort of his heaters, he will strip down to whatever he feels comfortable in that day. It isn't strange to see him in more of womans styled clothes as he is gender fluid, although uses He/him pronouns more often, due to ease for his friends.
He is soft spoken, but is not shy. If things get to uncomfortable for him, he'll speak up If they don't get the hint, his boyfriend is surely to help dig it in, whether it ends in a fight or not. He enjoys attention of all kinds, and even though occasionally his boyfriend can get pretty aggressive, he doesn't mind.
Charlie has never hurt Lex, but he is a rather vocal about Lex 'belonging' to him. Although this might have stemmed from when Lex was taken home to his canine lover's family to meet, they assumed that Lex would be dinner, not the date Charlie had talked so highly of.