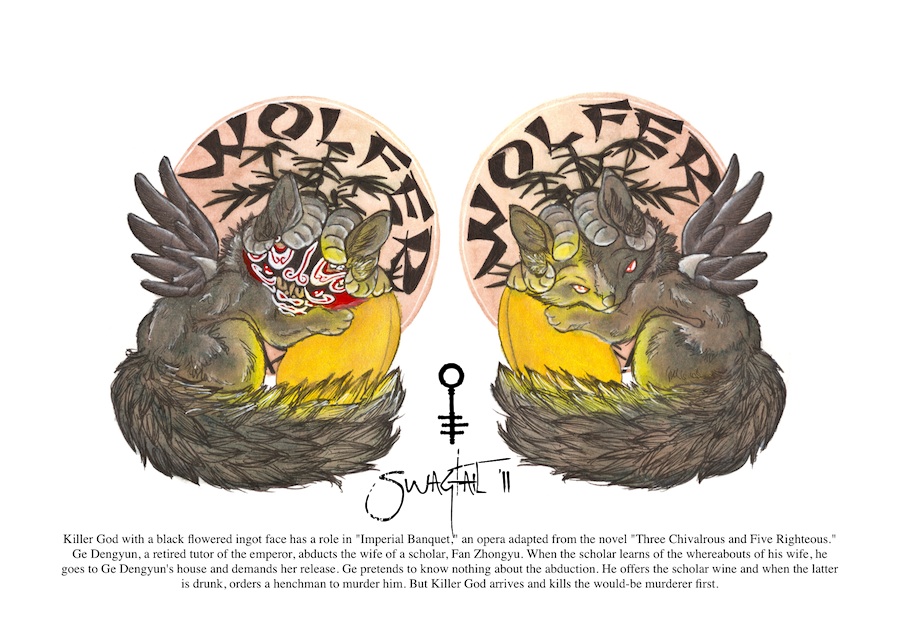 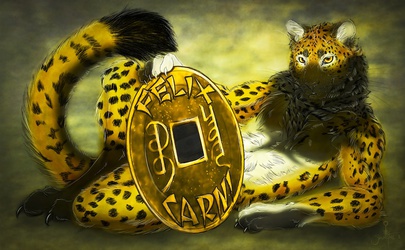 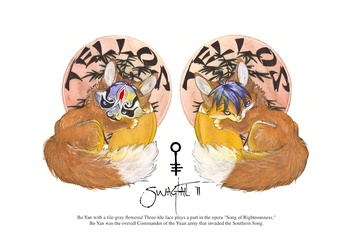 Killer God with a black flowered ingot face has a role in "Imperial Banquet," an opera adapted from the novel "Three Chivalrous and Five Righteous." Ge Dengyun, a retired tutor of the emperor, abducts the wife of a scholar Fan Zhongyu. When the scholar learns of the whereabouts of his wife, he goes to Ge Dengyun's house and demands her release. Ge pretends to know nothing about the abduction. He offers the scholar wine and when the latter is drunk, orders a henchman to murder him. But Killer God arrives and kills the would-be murder first.

Badges are two sided, you are seeing both side of the badge Each one comes with history/origin of the chosen mask and the mask once used for a badge is never chosen again