A Date With a View by MavenTreecat 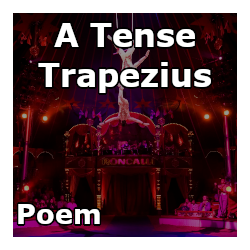 A Date With a View

Alessi Ilusrebane has become known across the isles as a dancer, a negotiator, and a friend to a wide assortment of increasingly talented and capable individuals. Alessi Ilusrebane is not, however, known for his mastery of parkour, physical strength, or climbing prowess. That doesn't mean he's not going to try, however. Not when there's a particularly handsome raccoon worth reaching.

A birthday story for Damien, who is a far better friend to me than I deserve sometimes. I love Alessi's style and language; he has such a clear voice in my head, and that makes it so easy to write. Plus, it's wonderful to write a playful, all-audiences story like this! I need to do it more often...when that energy's not going towards outlining the novel I'm working slowly on.

This is directly inspired by the time I—with a freshly sprained ankle from almost slipping past a railing and catching my foot on a root (that probably saved me from falling down the mountain)—climbed over four fallen trees and up twelve feet of rock to reach an outlook over Neuschwanstein Castle...only to find an elderly German couple looking very confusedly at me having taken a perfectly serviceable and safe trail themselves. ...so, out of pride, I climbed an additional eight feet of rock to get to an even higher vantage point for a panorama.

I am not a clever squirrel-cat