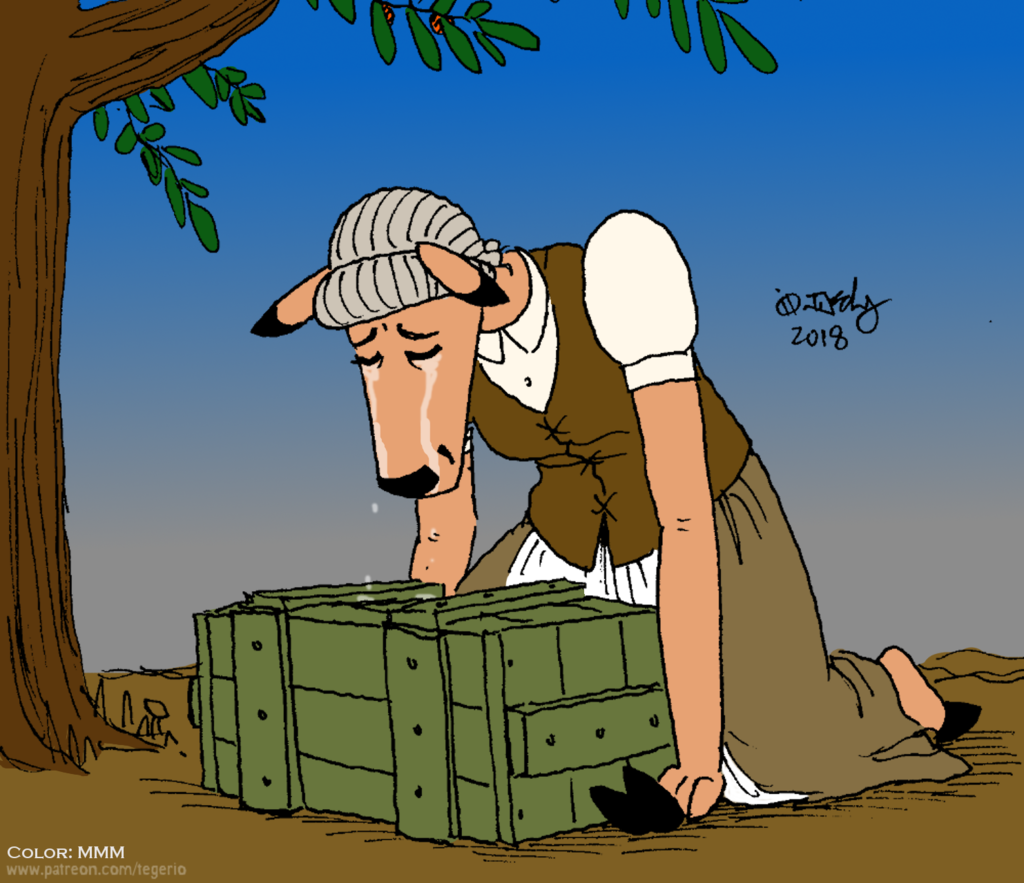 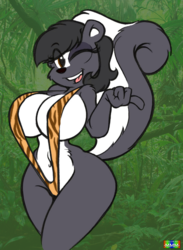 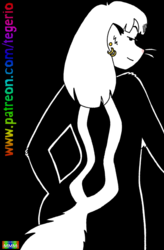 [quote]"[Alas! Alas!]" she cried. "[The fawns of myself! The surety of the old age that comes upon us all, and barren is the life of myself when there are no fawns to bring me grand-fawns! Barren, bid I with the tongue of myself, for they are gone, and their like shall no more be seen, save for in the heart of myself!]"

So saying, she put her paws to her face, and you could soon see the wet of tears pouring through her fingers. It certainly gob-smacked me; I'd never seen the like, and I'm sure nearly all of the "old bucks" never had, either.

Sergeant Fletcher himself slowly hobbled out of the crowd. He paused, looking down at the remains of his buck-fawns, fawns that like as not, he'd taught how to shoot a bow, mimic bird-calls, and drink persimmon brandy.

His reaction was no less eloquent than his mate's, though it was confined to a long, deep sigh. He painfully knelt on the ground, and carefully replaced the box-lids and box-nails, before turning his attention to his weeping and grieving mate.

Under ordinary circumstances, he'd have been given a brisk old clout on the ear-hole from a rolling pin for addressing his mate in public. But these, of course, were not ordinary circumstances. She allowed herself to be gently lifted up from the ground, and furthermore, allowed herself to be embraced, with her nose planted firmly in his shoulder-triangle. He tried to steady the heaving of her shoulders, but it was very difficult.[/quote]

On this Armistice/Remembrance/Veterans Day, also spare a thought for the friends, family and loved ones of those who gave their all...

Mrs Fletcher and text (c) EOCostello. Art by Tegerio. Color by MMM. And, yes, leaving out my usual colorful cartouche was deliberate; it simply would not have been appropriate.