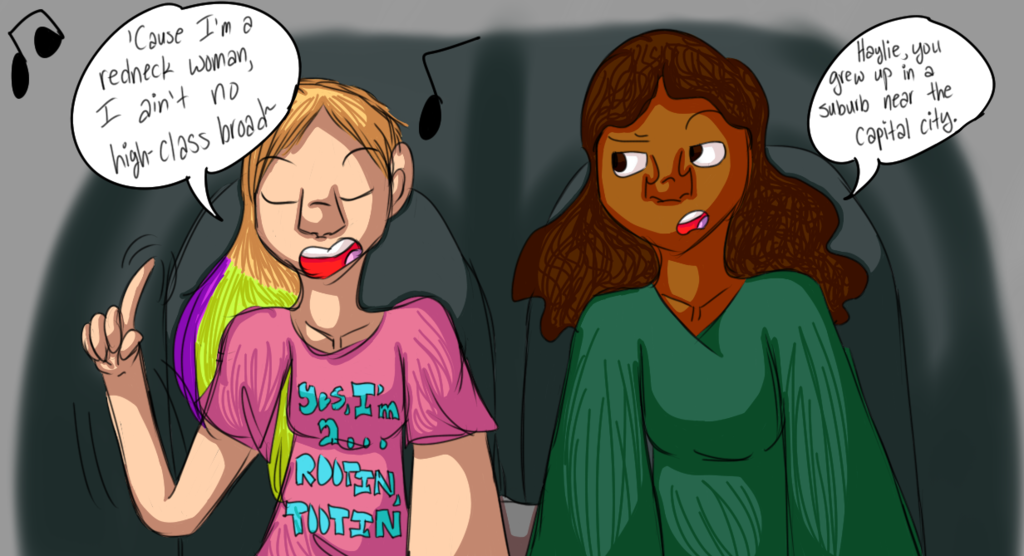 Remember that country song from 2004 called "Redneck Woman" by this singer Gretchen Wilson who grew up in a small village in Illinois? Contains the lyrics up above? Well, I'm not linking the actual song because I fucking hate it.

And what I especially hate is when southerners, especially southerners who grew up in the suburbs or a small city, act like they grew up in the nitty gritty country as if that's something to be proud of instead of something that's just a thing about you. Like no, Haylie. You grew up in a safe (and most likely very white) suburb near the city. You don't know what it's like to live two hours away from a McDonald's or a Walmart. Cut that faux redneck shit out.