[Commission by Hahul]..We are lost aren't we?.. by Malk 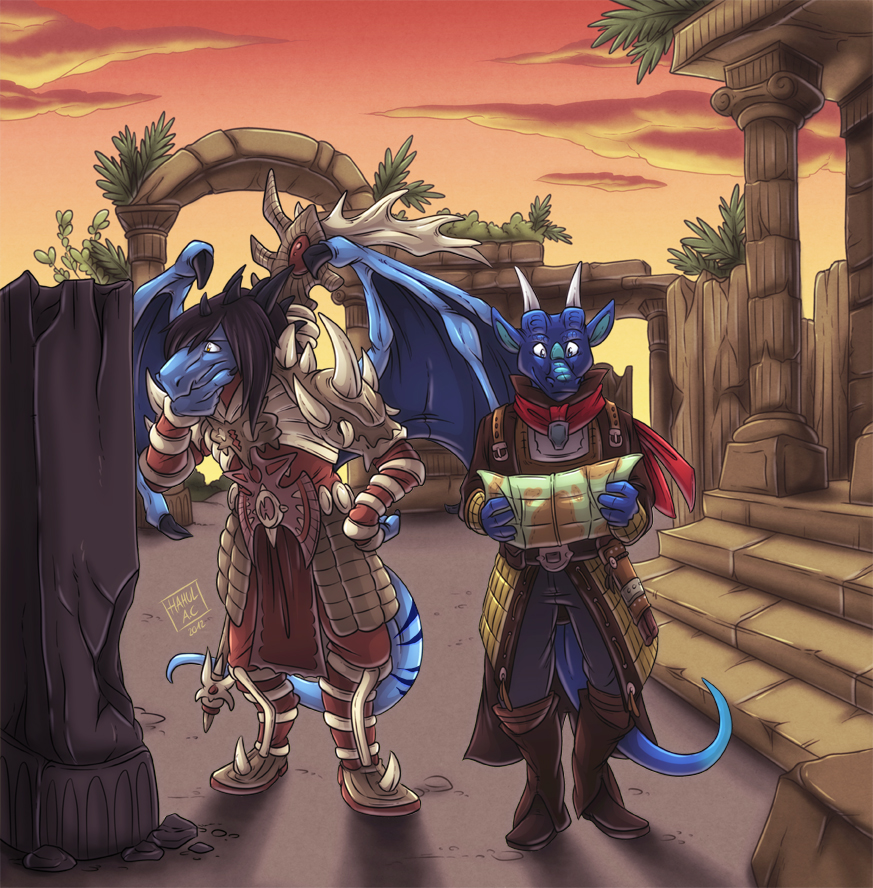 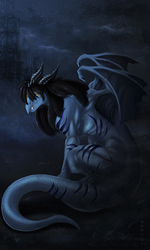 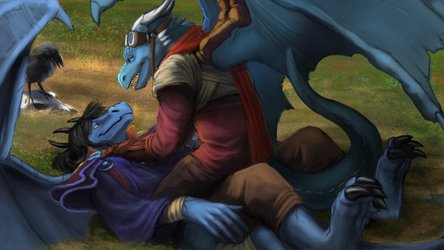 [Commission by Hahul]..We are lost aren't we?..

Malk: Don't tell me that we got lost again,
Drakni: Sure not Malk, I bought this map from a pal
Malk: That is why I'm worried you goof, the last time we followed one of your "friends"' indications we fell in a mess, as always..
Drakni: But we did it, didn't we?
Malk: And thanks to whom, genious?
Drakni: To her highness Malkav Nereya, chevalier of demureness and awesomeness giggles
Malk: How funny Drakni: Oh Malk, you should relax sometime, take it easy.
Malk: Says the one who got mad because he lost his hat *sniggers*
Drakni: Hey that hat was important to me, it was..
Malk: Made with the hide of the first animal you hunted, you told me that tons of time
Drakni: And I want to get it back from the douche who stole it
Malk: How cute
Drakni: Damn
Malk: What now
Drakni: This area isn't signed on the map
Malk: This isn't funny Drak, it will be dark soon, not that I don't like the idea, but I don't wanna get ambushed in the middle of the night
Drakni: It won't happen, trust me
Malk: As I trusted you about the map?
Drakni: Oh cmon Malk, everybody does mistakes
Malk: Legit, what a shame that they usually don't get lost in the middle of nowhere, surrounded by ruins and who knows what
Drakni: Ok ok it's my fault, happy now?
Malk: More or less, I just need something to smash, prolly some loot and a way to home, I really want to have a warm bath and to hug Dim again
Drakni: Oh you, sweet thing
Malk: Says the one I found embraced to me the last night
Drakni: I-It was a mistake and you know it
Malk: Why you are getting nervous then dear
Drakni: I'm not ner..
*Loud noises*
Malk: Hey what was that
Drakni: I don't know, it came from that corner
Malk: And according to my sixth sense it's pretty big
Drakni: How do you know that
Malk: It's a secret, hehehe *sniggers* and well, get ready D, that thing is almost here
Drakni: I've born ready
Malk: Remember to learn how to read a map the next time
Drakni: And you how to not be an ass
Malk: why that, I love asses, especially blue ones *snickers*
Drakni: Malk >w<!
Malk: Hey sillybutt, look ahead, our guest arrived sniggers
Drakni: Wanna bet on whom will slay it for first?
Malk: YOu like to lose your money, don't you Drak?
Drakni: Pfttt
le fight

P.s: This nonsense shit has been created and brought to you by Malk himself in less than 10 minutes, so apologize himself if it saoudns a bit odd. And bluh, I really miss Rp so much D:.

This amazing piece has been drawn by the as ever awesome and talented haul and pictures the two blue dragons, Malk and drakni in one of their countless (and desperate) adventures. What an Oracle of death and a Gunslinger do together? They roam around smashing stuff and looting shit like every legit adventuring party at the edge of imagination (Have I already said how much i miss Rp D:?) while their "family" (Dim, his bluebro and the black lizard) waits them home, hoping that they (read: Drakni) will not end in another jam lol.
I really love how this came out, hahul's toony style is really gorgeous and fits awesomely with the concept I gave to drakni about a pic between us (love the way how he designed my bone armor and drakni's coat, as the overall anatomy and scenery). A piece that one day I'll print to hang on a wall together with the best pic I've got/I'll get.
Thanks again to hahul for the awesome pic and drakni to have been so stupid to take a joint pic with Malk, so appreciated!

P.s: I wanna master a game xwx, or write a book or wahtnot :c.