right at home by Majatek 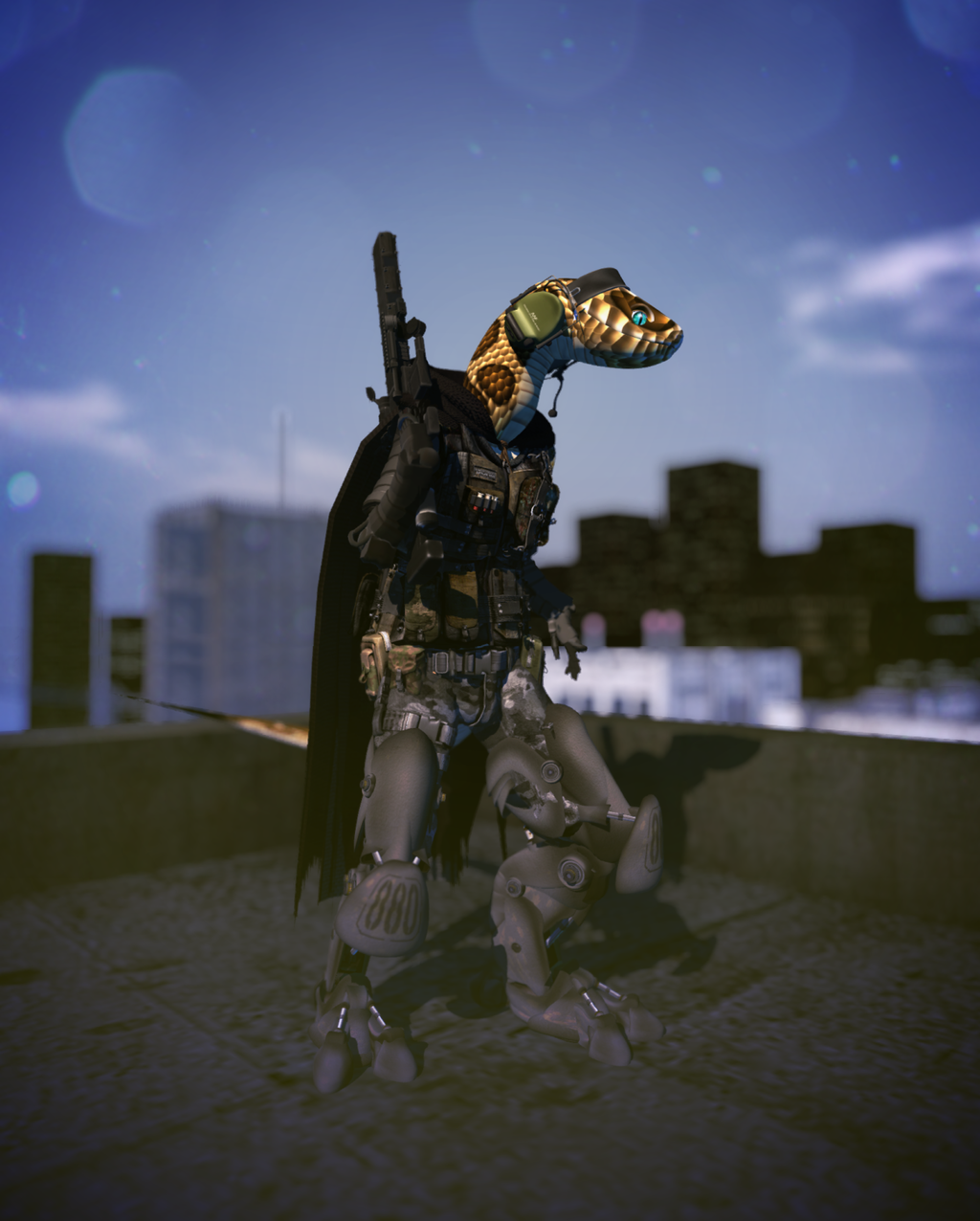 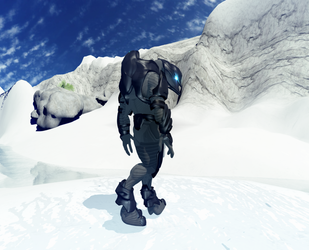 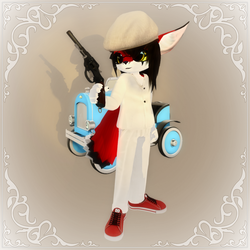 He exists in a futuristic fictional universe and was born limbless - as snakes usually are - but thanks to the advanced prosthetics that were available to the general public, he was able to pursue his hobby as a gunsmith and concept weapons technician. He is also a freelancer gun for hire, but usually sides with forces that are out to protect the city and its residents.
His self-made gauss sniper rifle fires rounds affectionately nicknamed "beercans" due to how immense they are, and are easily capable of ranges of up to 2 miles. Attached to the firearm is an "invisible" UV laser that picks up micro-vibrations upon surfaces it is pointed at, and is capable of filtering through a broad range of frequencies. These micro-vibrations are then converted by Artib's equipment into a pattern of sound waves. Essentially this means that he's able to eavesdrop from a distance simply by pointing his firearm at a target.