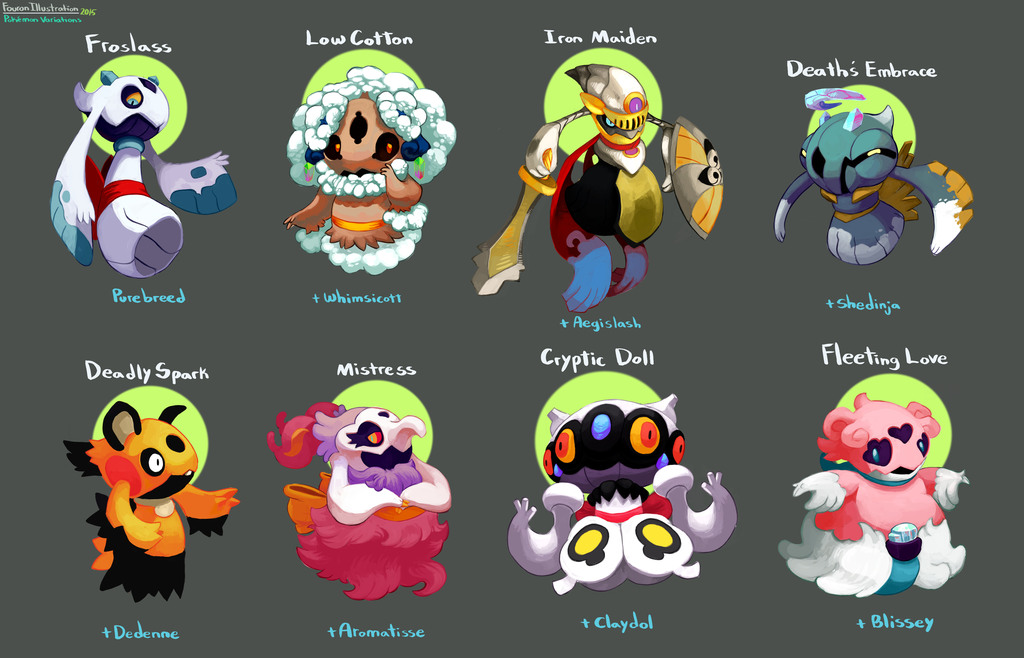 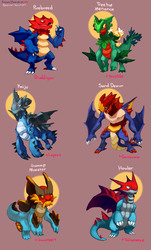 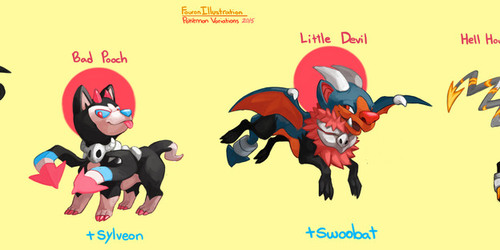 Low Cotton: This particular breed of Froslass has an affinity for collecting warm clothing. Especially clothes made of wool and cotton. Of course, considering how it lives in the coldest regions of the mountains, if one were to find this variant running about or stumble upon it’s clothing hoard- chances are, many have lost their lives in the area.

Iron Maiden: An extremely dangerous breed of froslass. Now that the ghost haunting the sword has a host with a body it often strikes unsuspecting victims. Despite it’s extreme aggressiveness under the right owner it can be a very effective guard Pokemon.

Death’s Embrace: It is said that this variant only appears when one is about to fall victim to the harsh conditions of the cold. It’s mere presence is said to make the immediate area even colder, and touching one is certain death.

Deadly Spark: A pest more than anything. This variant loves to collect faulty, lost, or neglected electronics for itself. The ones with a more mischievous personality will often flock to electronics with faulty power cords and cause them to spark. Often times these antics result in quite a few house fires. As such, those living with a decent population of this variant are encouraged to keep their electronic devices in top shape.

Mistress: This variant is often a status symbol of the rich. They give off a unique smell that has a particular aroma. Depending on who you ask it’s either the most divine smell in the world or the most average. This breed is especially prude about the aroma it gives off. They are a very picky Pokemon and often only hoard aromas that appease them. If a perfume makes a great impression on them they will alter the smells of their own aroma as inspiration to it. As such they are great companions to perfume makers.

Cryptic Doll: Despite the name, this variant is extremely docile and make great companions and guards for kids, the sick, and the elderly

Fleeting Love: It’s looks may be sweet, but it’s personality is anything but. A cruel variant of Froslass that enjoys nothing more than finding heartbroken individuals and channeling to them positive, almost euphoric vibes before ripping those good feelings away from them and replacing it with sorrow and depression. Ironic that a Pokemon so intent on hurting others also has pretty sensitive feelings itself. Don’t push your luck though, this Pokemon has a nasty habit of freezing all those who slight it and just like it’s purebred counterpart, loves to take said victims as trophy displays in their own hoard caves.