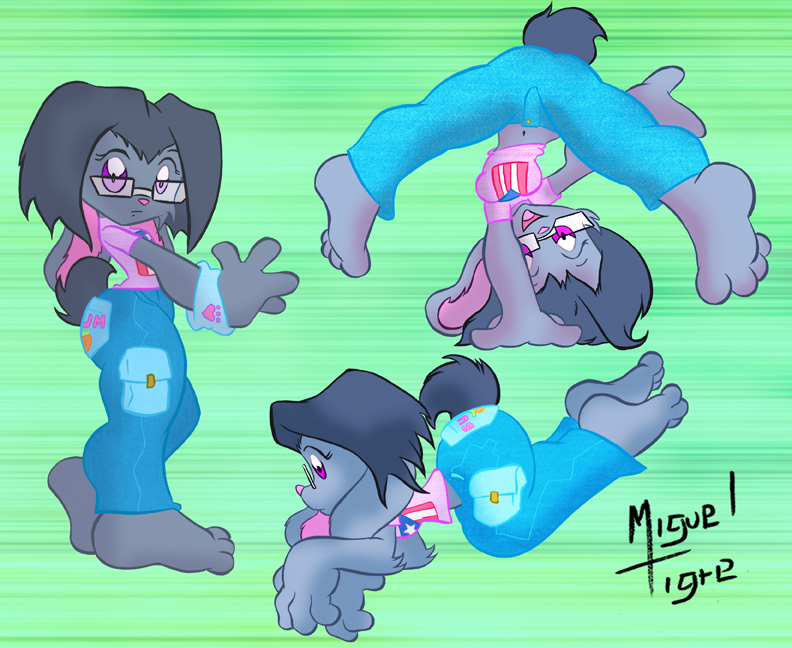 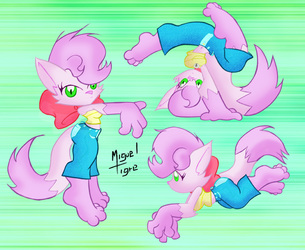 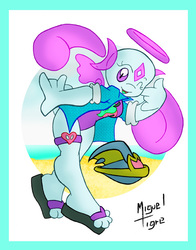 And here we have Ebony Conejo. Old fans will remember her.. yup she's back. So.. in Maneki Neko, Ebony is from America and is Maneki's best friend. Unlike many of the other characters in the series Ebony can't fight on her own. Unbeknownst to her, Ebony's mom is a retired superhero who tried to pass her training and abilities to her in the form of a lullaby. However something went wrong and now Ebony is blessed with great fighting ability and stamina, but only when music is playing. Ebony also has a love for pro wrestling, which is no big surprise that take downs and wrestling moves tend to find their way into her repertoire. She's a very loyal friend and despite her insecurity and lack of faith in herself she'll usually throw herself head on into battle to help anyone it trouble out. ( usually getting in way over her head)

Much like the cats in this series, when they reach a full sprint they start running all all fours. Ebony is very light on her feet, and not just cause she's a rabbit either. She's the fastest runner out of the characters, however she still hasn't learned how to control running at full speed.

The top right pose I am most proud of, it was hardest but I pushed for something different than i usually draw. Plus is showed how nimble and flexible she is. Her fighting style's a lot like dancing.

You get brownie points if you can guess what nationality she is. LOL

God I miss Ebony, maybe I'll bring her back. It was fun working on her again.
MT