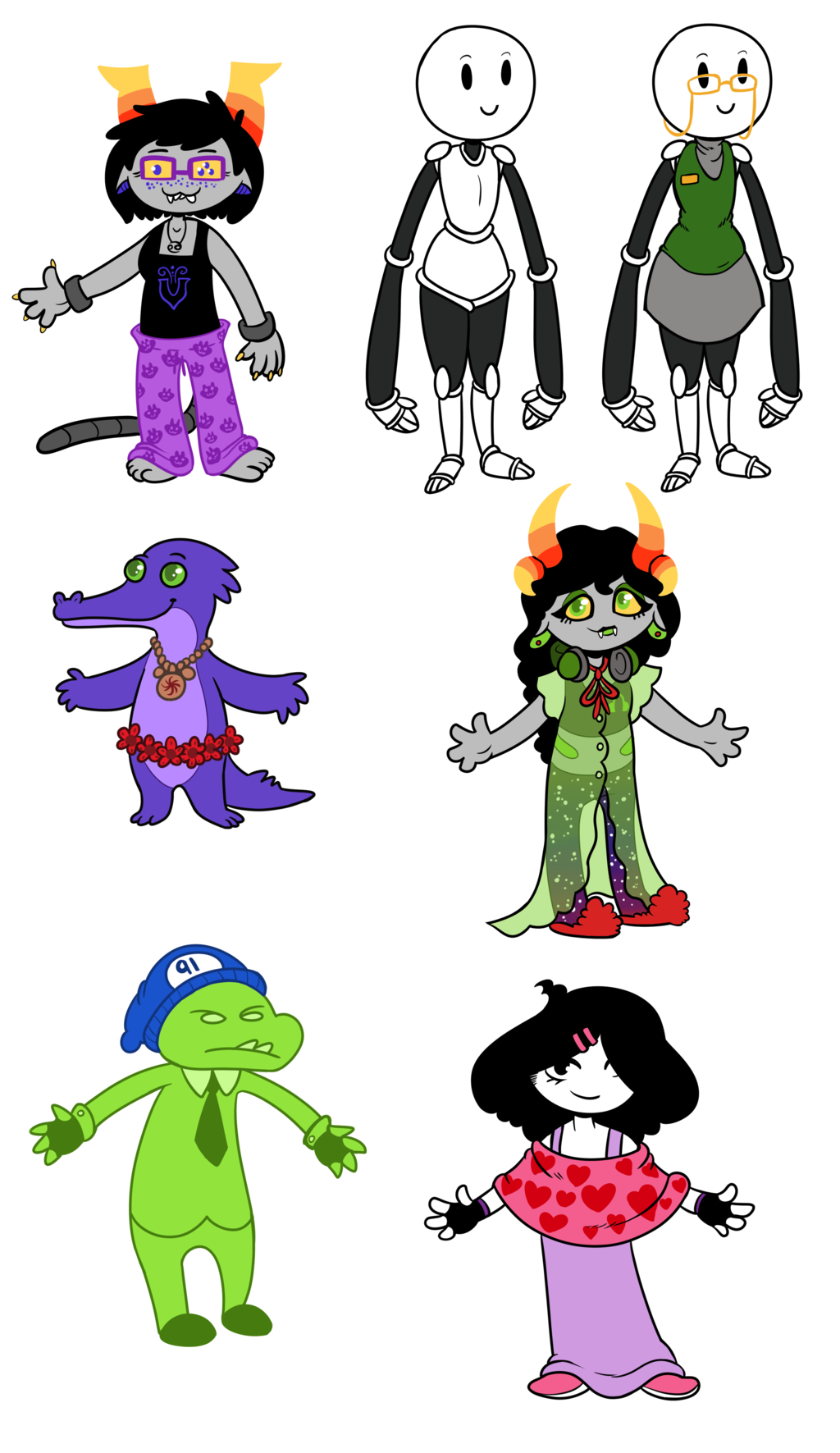 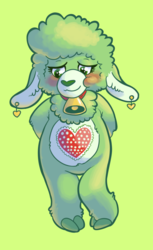 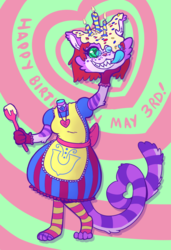 I have a Homestuck Post-Act 7 Headcanon/AU that I’ve become pretty attached to. You can read about in my tag on my fandom blog. http://lucheek.tumblr.com/tagged/official%20homestuck%20post%20game

Part of the world is that the Human, Troll, Carapracian, Leprechaun, and Consort races are repopulated across the multiple planet system- using ectobiology at first, and then just biology. I wanted to draw what these new, repopulated figures look like. All of these individuals are distant, distant descendants of the originals of their species– being born centuries after the creation of the new Universe.
Top left is my troll-sona, Luchik Nitsua. She’s actual a traditionally, or lusus-raised troll, which is the minority of trolls in the New Universe. Lusus-raised trolls are often quirker than parent-raised trolls, and have a streotype for being more “traditionally trollish” (aka violent, isolated, or obsessive.) Luchik here dresses particularly more traditional Alternian and is very into Alternian culture, so she seems to fit that streotype.
Next is a Cross-Breed Carapracian, a mixture of Derse and Prospit races and showing mix-matched features of both. This is the most common type of repopulated Caraprace, with pure Derse or pure Prospite “builds” being much rarer. Cross-Breed Carapraces tend to have weird proportions like this. Her name is LA- “Long Arms” at Birth, and “Librarian Assistant” as an adult. She’s found a civil job like many carapracians- a proud librarian. She can reach the top shelf.
Middle Left is another hybrid, a Hybrid Consort. Hybrid Consorts are pretty common, but pure-bred Salamander, Iguana, Turtle, or Crocodile Consorts are pretty common too. There are a lot of consorts. Consorts have a stereotype of being stupid and simple-minded, but this is not necessarily true. What is true is they are a very community-oriented race, and live in very close-nit villages and large families and are very rarely alone. Most decision making for consorts needs to be done in conjunction with trusted family or friends. Consorts have the shortest life span compared to the other races, as well. This hybrid consort lives on LOFAF, and is dressed in some kind of traditional festival garb here. She’s a mother.
Middle right is another troll, but this time is a parent-raised troll, like the majority of trolls. She is also a mutant lime(ish) blood- but that’s okay, mutants are not culled anymore. A lot more blood colors seem to be popping up now, but the 10 standard colors are still the most common. Her name is Asmeer Wisper, and she makes hypnotism and guided meditation videos. Even parent-raised trolls are given unique last names at birth, and last names in trolls are only shared between trolls that share the same sign (ancestors/decedents.) Asmeer is an adult, still living on the planet because troll adults can do that now. You can see her grub-scars (the left-over protrusion from the extra pair of grub legs.)
Bottom left is a Leprechaun- the rarest of the races. Leprechauns were not ectobiologically replaced because it was decided that having a lot of the creatures that are born with bullshit time travel powers would cause way too much nonsense, and so they were just going to repopulate naturally. And since Leprechaun romance/reproduction is really complicated and luck-based, there still are not a lot of them. Every one is a member of the Felt, given a number at birth depending on when they were born, and that becomes a source of their nickname. His name is Dum-Dum. Because 9 and 1 kind of look like lollipops and sticks and he’s not that bright. He does odd jobs for the Felt’s multiple family businesses.
And finnaly, a human! This human is the adopted child of a Human/Troll pair, and their name is Tre Zefurr. Their human mother gave them their first name, and their troll mother gave them their last name. Inter-species couples are incredibly common, and so is adoption. Tre’s interests are researching the zoologically dubious, exploring the Ancient Webs, and writing AU fan-fiction. They go to high school on LOHAC.
Thanks for reading!