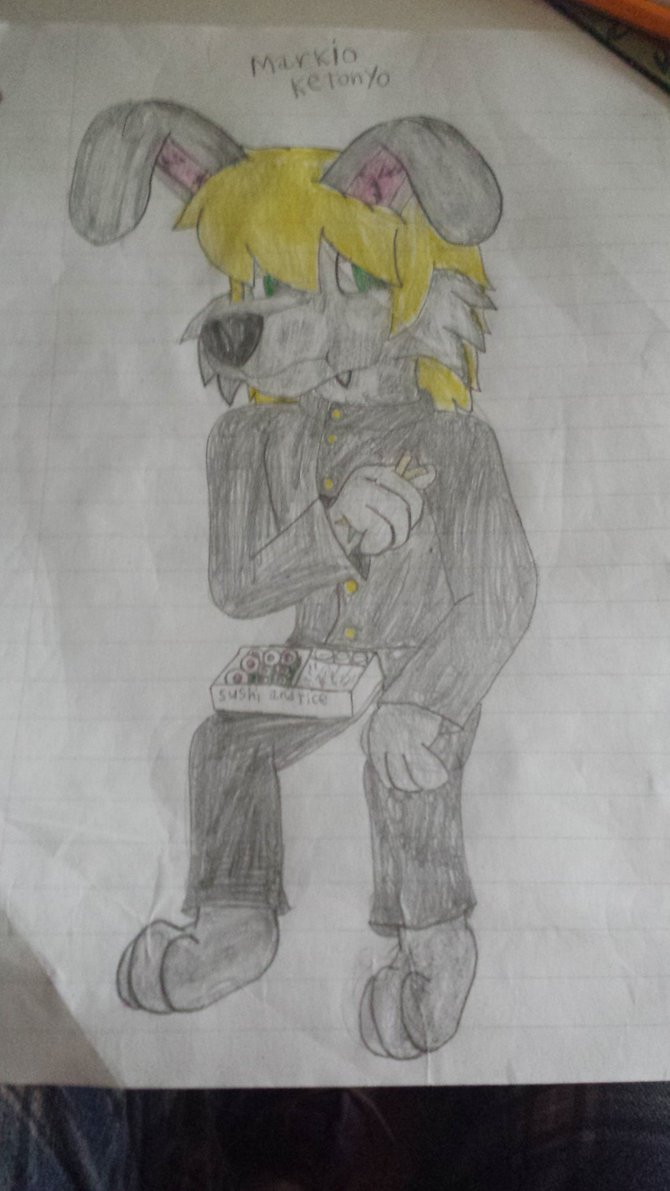 another character that is a rabbit. Markio is a black rabbit from japan that moved to america (yes he knows english years back) and lived there cuz his dad had a devorce.

also he's a high class black belt that is better than Amber and Amber is jelous at him for being the best in karate class and beating her and these two dont get along...

plus when he's shirtless he has rock hard abs and attracts any girls around. (funny thing is that amber even likes his abs and thinks he's REALLY hot but she still hates him.

(one thing is that he makes me think of yoshiki kishinoma from corpse party i mean they look simular -and no i did not purposly did that ok-.)