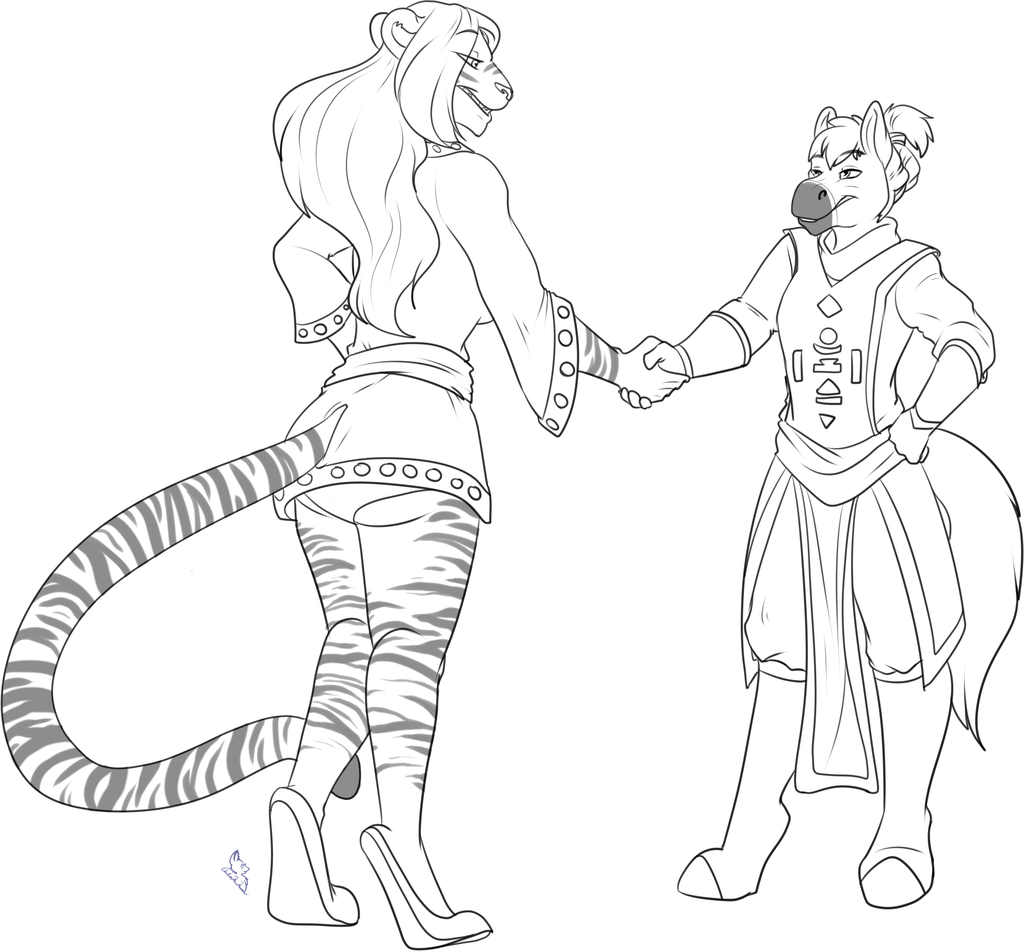 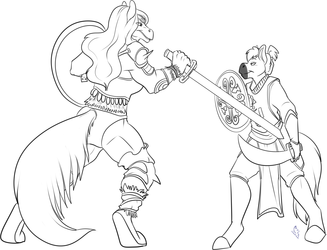 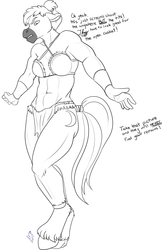 Lady Mongol / Baghatur belong to me

Multiple flashes bathed the two heroines as they shook hand on the stage before a legion of news reporters, the pair putting on their best smiles as questions began to be hurled at them by the mob.

“Lady Mongol!! Lady Mongol!!! How does it feel to be Mongolia’s first National Heroine??” One reporter screamed.

The horse shot an annoyed look at the fur but quickly contained herself, “It’s Baghatur please, and yes I am very proud to be Mongolia’s first national heroine, and a heroine that ALL of Asia can rely on.”

Tigress Titian shot a look at the mare and inwardly seethed “What a stubborn mountain goat!!” The tigress thought.

“MISS TITIAN! How do you feel about another super operating in central Asia??”

“Oh I am sure that Lady Mongol and I will work very well together on issues of concern to both our nations” Tigress Titian replied wincing a little afterward as her hand was given an extra hard squeeze.

As Tigress Titian shot a sour look at Lady Mongol the mare simply smiled as the pair continued to smile and shake hands for the cameras. “Thats for getting my name wrong you idiot” Baghatur thought, “By the Great Kahn!! How much longer do I have to stay up here with this party puppet! I swear I can SMELL the corruption on her!”

“HOW OFTEN WILL BOTH OF YOU BE WORKING ON CASES TOGETHER!?!?”

The Mare and tigress both looked at each other and continued to shake hands and smile for the cameras.
“I look forward to working with my fellow national heroine as needed by both our great nations.” Tigress Tiain said as she inwardly though, “I hope I’ll never have to work with or shake paws with this misguided mare EVER again!”

“As do I!” Baghatur answered, thinking. “Never!! I will not bow down to others as this short skirted bimbo does nightly!”

“Alright everyone thats it for questions!” A United Nations official said as he walked to the center of the stage. “Both these heroine’s need a good nights sleep before they return to Asia tomorrow.”

The pair quickly separated and walked back to their own U.N delegations, both parties going off in separate directions.

“Well what do you think of the new girl?” Babel asked as she and Titian walked off toward their rooms for the night.

“Are they sure her super power isn’t to turn into rock? Because I’ve never met such a hard headed mare in all my life!” The Tigress answered.

“That bad?” Asked her partner.

“Worse!” Confirmed Tigress Titian. “But if she’s only going to be in Mongolia then we shouldn’t run into her or that smart mouth. I’m not even going to repeat what i heard her calling me behind my back before the meeting. UURGH! Lets just get some sleep. We’ll have to investigate that slavery ring in the South Seas as soon as we return to China ”

Across the plaza Baghatur was also deep in conversation with her delegation.

“Please explain to me why I had to appear with that puppet again? I thought one of the reasons I became Baghatur was to free our country from depending on China or Russian supers!” Baghatur exclaimed.

“The United Nations wanted to showcase how well the National Heroines work together and it was only a short press conference. It’s not like they asked you become partners with her or anything. So relax. Once your out of that armor we can have a quick dinner out before bed. Let’s enjoy New York while we can, because you're going to be very busy once we return to Asia.” A horse wearing a Mongolian colonel’s uniform said.

Baghatur looked at the stallion as they arrived at their hotel. “Oh we won’t be returning directly to Mongolia? I thought that stopping that smuggling ring in the Gobi was on the top of my priorities list Brother.”

“It is, but you’ve been invited by the government of Vietnam to investigate a slavery ring that might have connections to those blasted smugglers. It seems they’ve been begging Tigress Titian to help them with some super powered criminals involved in the ring but she’s been to busy to help. So the Mongolian Government has graciously allowed them to “borrow” you in order to break the ring.” The Stallion answered.

“Hurrrmp figures, Titian was probably too busy bowing down for some party official! Well at least it’s the last I’ll see of her for hopefully a long time! Now I just need a hot shower after shaking hands with the puppet and we can enjoy a good dinner.” The Baghatur answered.