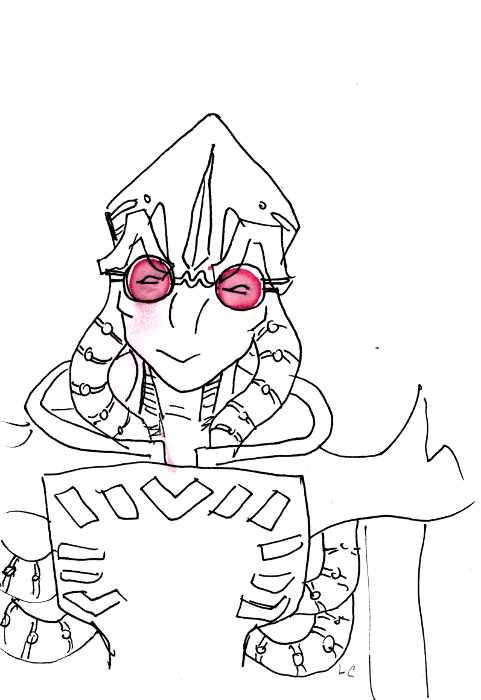 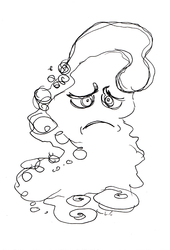 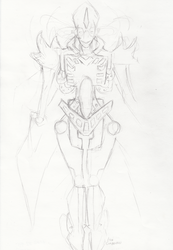 Powersync's glasses are usually orange. Powersync is my Transformers Prime OC.
I drew this to show my new friend this character, while we were at a diner. I later I made this one: https://www.weasyl.com/submission/515231/powersync-march-8-2014

While waiting, I stuck my finger in some beet juice and dabbed it on Its shades. I was like: this is almost orange. Ran a bit, I smeared it trying to contain it, and now It has some bishie blushing going on or some blood smeared down Its face-- both of which could make sense if their skin wasn't metal and their blood wasn't blue. Could be someone elses' blood...
Or just the glow of Its eyes.

I think It frequently has this facial expression, sans beets.