A kiss to make it better by LizardWarrior 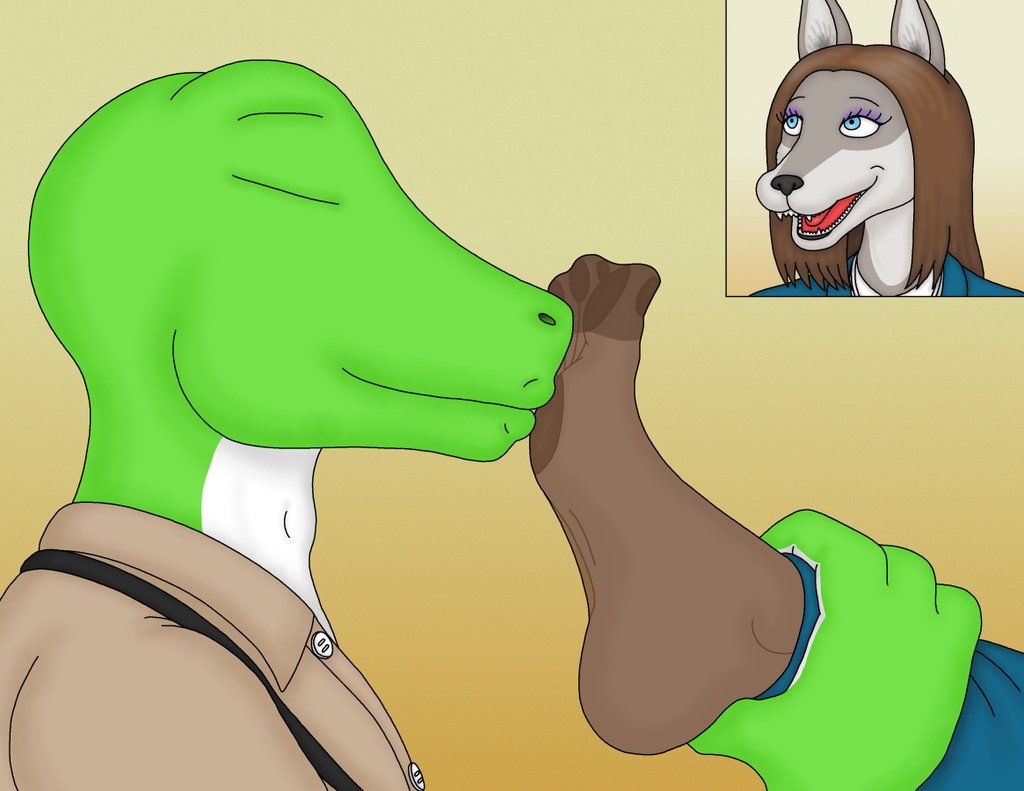 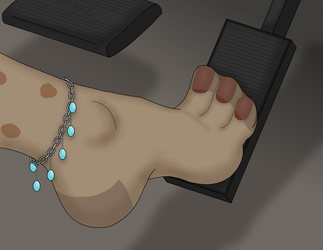 A kiss to make it better

You didn't think I'd miss Paw Day, did you?

Tommy pushed open the door to Bobbi's office and stepped inside, having been called there by the she-wolf.

"So somebody stole your shoe at the coffee shop?" he asked.

"Yeah," Bobbi said with a sad smile. "Right from under my seat while I was sipping my latte." She pulled her right leg out from under her desk and lifted it into the air above her desktop, displaying her shoeless foot to Tommy.

Tommy knew that although Bobbi was upset about the theft of her shoe, she always enjoyed an opportunity to give Tommy a foot tease.

"Maybe this will help," Tommy said with a grin. He proceeded to kneel down in front of Bobbi's desk. He gripped her right ankle and held her leg in place as he leaned forward and lovingly kissed the large pad on her stocking-clad footpaw.

"Did that make you feel better?" Tommy queried.

"Great," Tommy said as he stroked her foot. "Now, how about when we get off work I take you to buy a new pair of shoes and then treat you to dinner?"