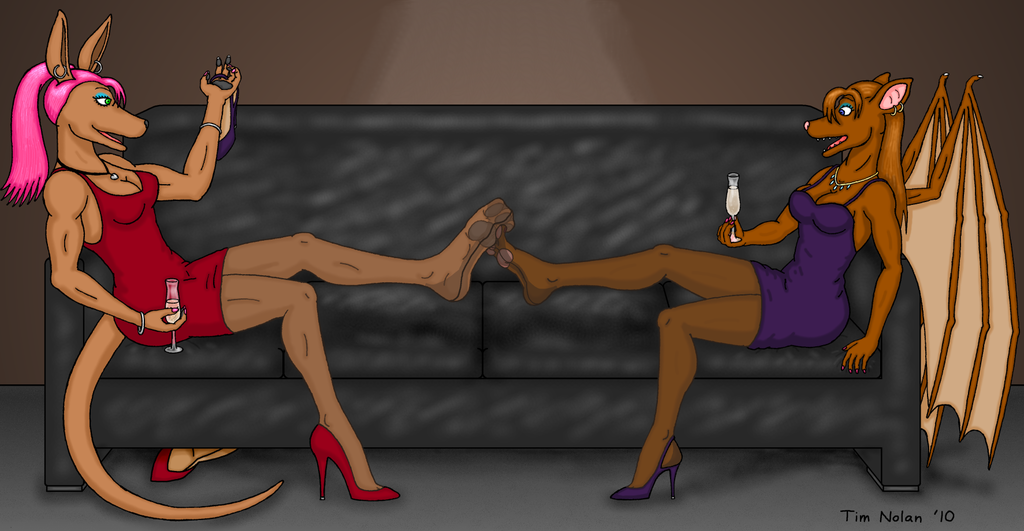 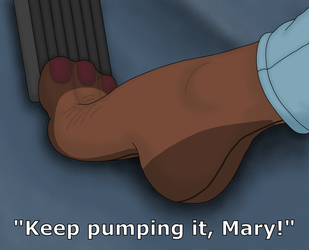 A commission I did for Foxonian a few years back, but posted on other sites in a much lower resolution. Enjoy this hi-res version!

Austra and Kylina went to a party together. After a few drinks, Austra began to have strange new feelings about her beautiful friend. She thought of a plan. While Kylina wasn't looking, Austra slipped off her own left shoe and carefully hid it under the couch. Then she snatched Kylina's right slingback clear off her foot! Holding Kylina's shoe out of the bat's reach, Austra told her that she had to play footsie with her in order to get the shoe back. Giggling nervously, Kylina extended her right leg until her stocking foot met Austra's, and each woman began to stroke the other's sole and toes with her own. Austra hoped that Kylina was enjoying the sensations of their silky nylon feet rubbing together as much as she was.