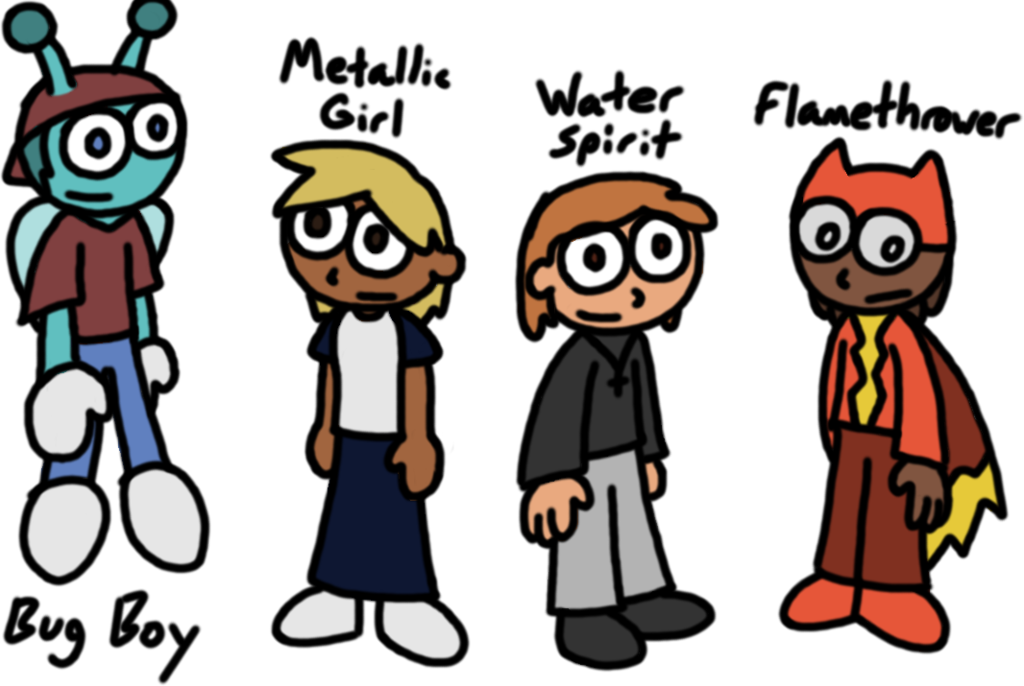 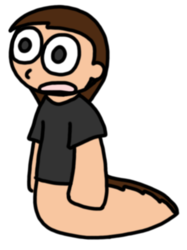 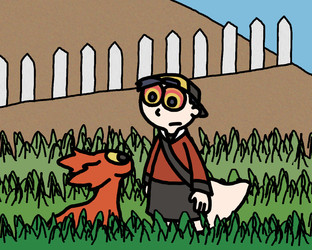 The Foreigners are an international superhero team in training, based in Cape Town, South Africa. Cape Town is a big enough city that it has enough superheroes of its own, but having another team in town means that the regular superheroes are free to travel when needed, without leaving the city vulnerable.

Bug Boy: The only member of the group who's from South Africa; he grew up in the Western Cape, and speaks English and Afrikaans. After a freak accident in his youth that gave him insect-like features, he attended a superhero college in Europe, where he trained with people from all over the world. Bug Boy is the founder of the Foreigners and serves as the unofficial spokesman.

Metallic Girl (Ashley Rathipal): A transgender girl with the ability to form - and throw - force fields of varying shapes and sizes. She grew up in Dutch-speaking Suriname, and attended college in Europe with Bug Boy. Ashley doesn't speak very much English, but she can communicate well in Afrikaans. Her superhero name in Dutch is 'Metalen Meisje.'

Water Spirit (Mark Retherford): Has the ability to control water, ice and steam, although he's limited by the mass of the water - the more he's moving, the slower he can make it move. Mark is actually an elemental spirit, and his native form is a dragon; he can change to this form at any time, but prefers not to.
In his current human "incarnation," he was raised by adoptive parents in Lakewood, Ohio. Mark is a devout Catholic, which isn't as unusual as you might expect - renegade dragon spirits have a long history of converting to Catholicism.

Flamethrower (Sunday Okowe): A young woman from a middle-class family in Lagos, Nigeria, with the power to control fire. She's always wanted to fight for something, but isn't always sure what to fight for, and can get carried away. Among the team, Flamethrower has the most ambition to be a "superhero" in the traditional sense.
Flamethrower's suit is heat-resistant, except for her cape, which she sometimes lights on fire and uses as a weapon. Incidentally, even though the team is in Cape Town, she's the only one with an actual cape.

Mojisola Okowe (not pictured): Sunday's younger sister, who can withstand hot temperatures without damage or pain, but cannot use her powers offensively (without weapons, that is). She helps Flamethrower keep her composure, and protects the Foreigners' headquarters when they aren't there.