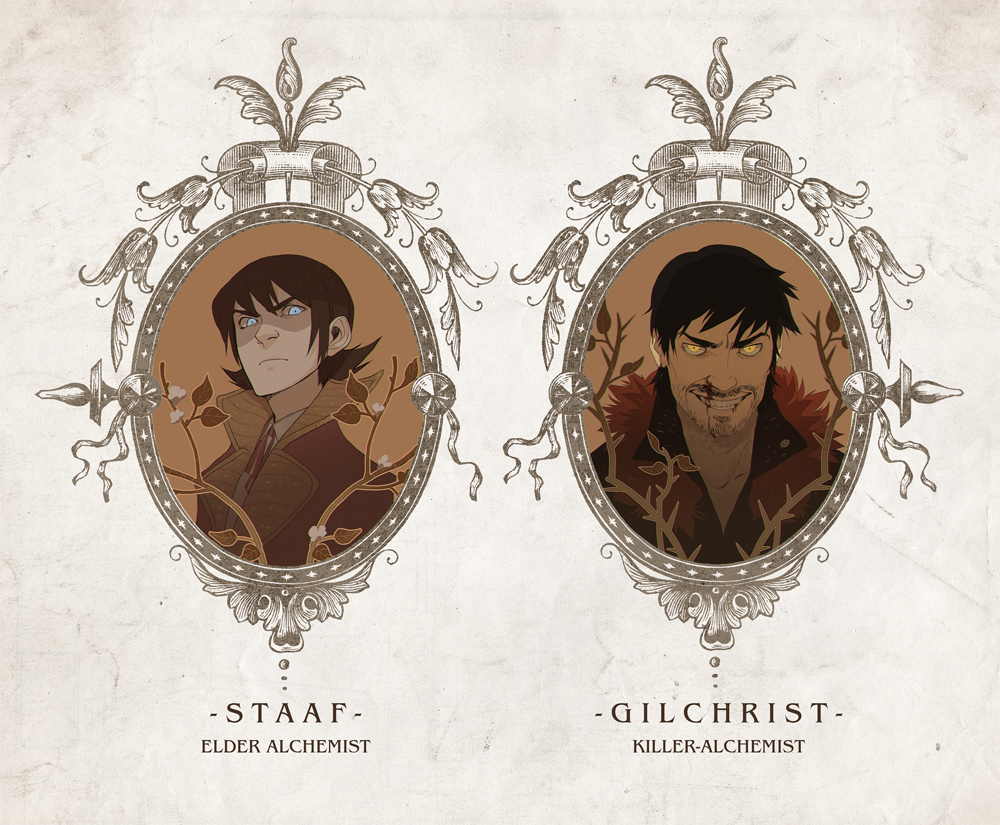 Oh, when I tried to remember how they both looks half-year ago... They was different.
Staaf is about 35 years old and looks too young for him and for his eminence. He is cold-minded and pretty smart person, have an elephant memory but also he is out of his place.
Gilchrist is younger than Staaf. No, really. Gil is a pure choleric, he like the fisticuff and fucks with every "nice guy" on his way. He have his own music-theme haha
Staaf calling Gil "a little brother", but Gil doesn't approve this type of relationships. He loves Staaf not like brother and have no powers to tell him the truth. So they both are unhappy to the end.

I don't like to descript our characters, but Staaf and Gil is our OC of some sort. I don't know why lol