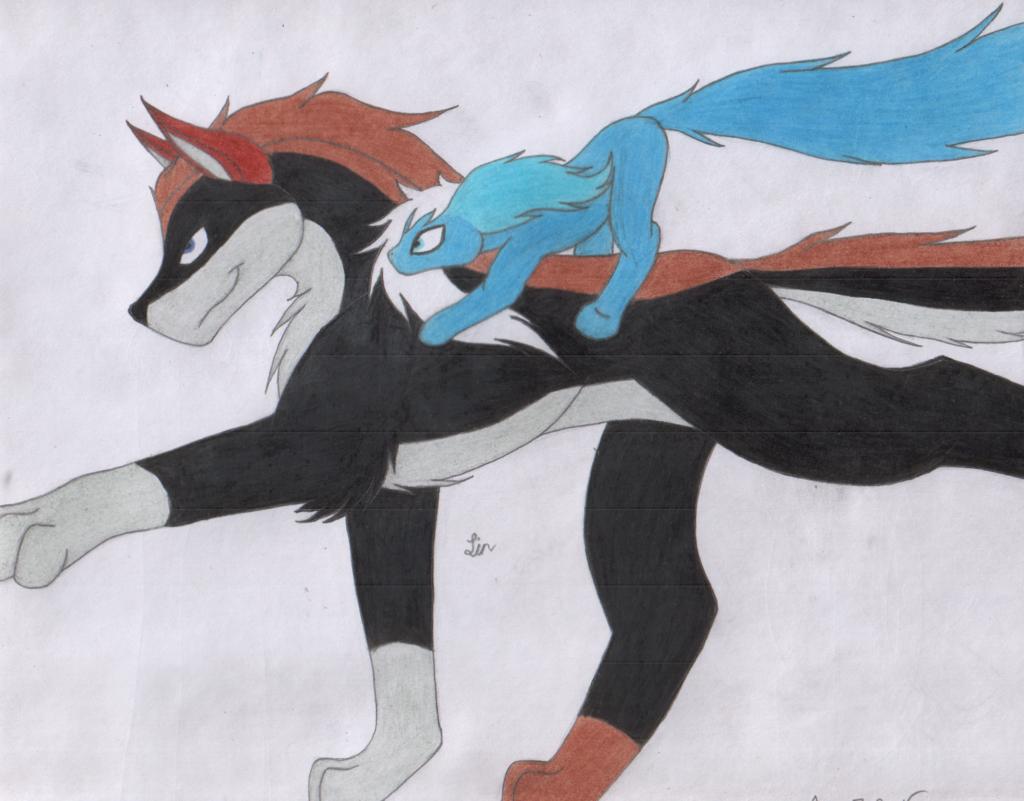 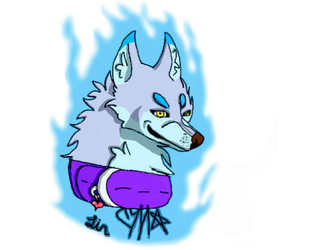 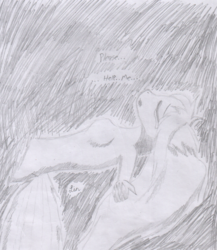 -Moshie walked next to her father, Kuo. He had told her that she was about to meet her step brother, and that she was going to love him. As they rounded the corner two large canines appeared to be fighting. "Oh look! They're wrestling!" Kuo joked, taking a seat nearby. Moshie sat next to him, her eyes watching every move. The tri-colored male came out the victor and Kuo ran over to him as the other canine limped off. "Ya!! You totally rock!" Kuo boasted. "Hah, I know, that wimp got what he deserved." Wilffire snorted. Moshie slowly stepped forward and Wilffire took notice. Kuo stepped aside and motioned to her. "Wilffire, this is Moshie, your new step sister." Wilffires eyes lit up as Moshie smiled and bowed her head. "Hello!" Wilffire nearly died. "OH! She is the cutest thing I've ever seen!" He lowered his head to her and with a gigantic smile, "Hi there!" And picked her up gently. Moshie blinked, unsure as to what was going to happen, then found herself on Wilffires back. "Hold on!" He chuckled, before taking off and prancing around as if he were a horse. Kuo watched, amused, as Moshie held on for dear life. The two would form a very close bond and become inseperable, even after many years.-
Based on a true story! <3
This is the story about how I met one of my best friends! I was introduced by Moshies original father, Kuo. Wilffire and I formed a very strong bond. He made some of my best years, along with some of my other friends, and my fiance <3
Wilffire belongs to his original owner
Moshie and art belong to me