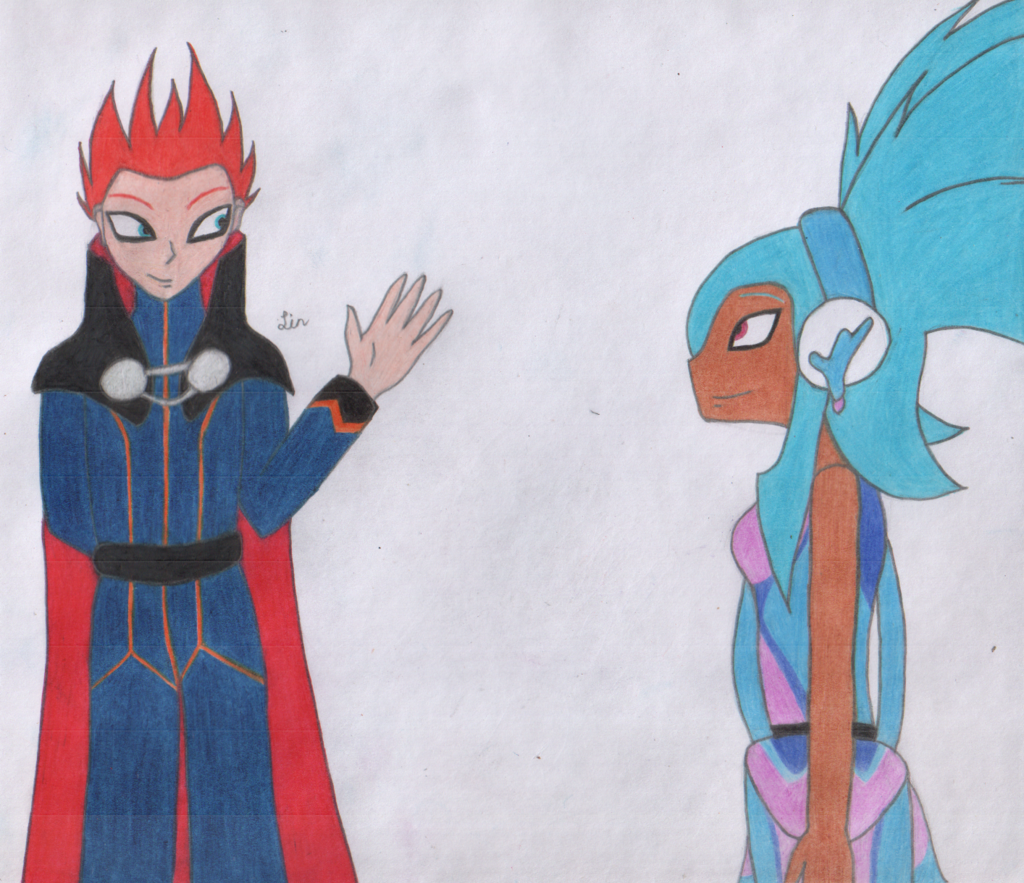 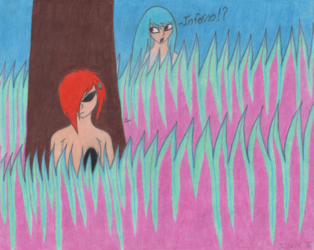 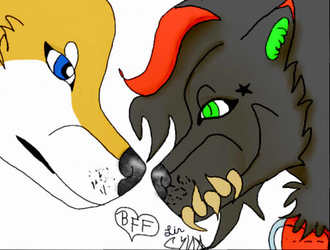 My brand new Pokemon Trainer character, Avika, was created especially for this drawing, but now I'm happy to announce that I finally have a Pokemon Trainer OC! Avika left home the same as all the other trainers, at level ten, with her Litten, Mink. She was raised in a rich environment, however, taught to work hard for her earnings. She was given her Litten at age 5 and the two formed a close bond.
-Avika had stumbled across Team Magma in their not-so-discreet hideout and, with her Pokemon team, began to fight her way to the "Boss." Her team looked to be getting tired after fighting ten Magma members in a row, therefore, she decided that she would take a break. After beating the current grunt, she rounded the corner, and froze. Her idol, Lance, the Dragon Master was staring right at her. Her jaw dropped before she realized that she was still standing in front of him, and not watching him on TV. "Wow... Lance, The Dragon Pokemon Master. It's a huge honor to meet you." She bowed respectively, prompting a smile to cross his face. He held his hand up in greeting. "Hello young trainer, I see you and I have the same idea, you seem to be holding your own pretty well." He complimented, making her fan girl inside but she kept a straight face. "Thank you very much sir, however, I was just about to rest my Pokemon, they aren't that high in level yet and they're pretty exhausted." She said, kneeling down and setting her pack down, opening it and bringing out a Potion. "Very noble of you... Uh..." He paused for a moment as she looked up and straightened herself, holding her hand out. "Avika, my name is Avika and I've been training Pokemon for a little over a year now, I've had my Litten, Mink, since I was five though." She smiled brightly as Lance shook her hand. "Nice to meet you, Avika. I too have been training weaker Pokemon lately and have the same idea as you. Here's an idea, since there's more of them than there is us, how about we rest up, and then double team this place? I'm sure I could give you some useful pointers, and we'll probably need all the help each other can get, since I wasn't really planning on finding a gang operation." He chuckled. Avika was thrilled to team up with Lance. As the two rested and healed their Pokemon, their Pokemon seemed to bond quickly as well. Finally, the two set out to fight their way to the leader.-
Lance belongs to Pokemon/Nintendo
Avika and art belong to me
References: Google search images for Lance, Pokemon Trainer Creator by Hapuriainen for Avika