Ready for Streaming by lil_dredre 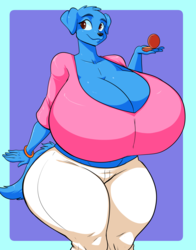 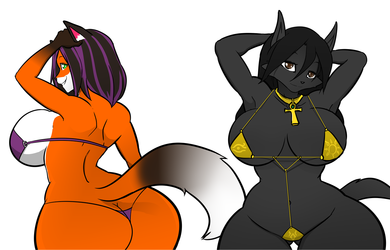 Anthrocon 2018 was the first time I met Drakerogers when he was set up in the Artist's Alley (on Saturday if I remember correctly), and when I saw his works, I just had to get a commission! Wanted to get Rachael in one of her alternate outfits. :3

While this is something she might wear around the house or at a convention, Rachael is a huge horror movie fan. A friend and I were talking about two of our male characters and Rachael sitting down and posting reviews on horror films online, and this is what I imagine Rachael wearing for said videos. X3