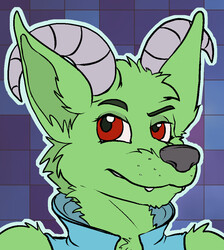 My thoughts on the W.H.O

I strongly believe that the W.H.O are making these mistakes on purpose and it's because Tedros the Director of the organisation is both a Marxist and a environmentalist
I tend to not trust one who is both of those at the same time
i find from experience and what ive read, the majority who share those 2 beliefs tend to also believe in this
idea
"There too many humans, we are over populated"
I strongly believe that they are holding back facts about the virus on purpose
first they said its not human to human only animal to human, than they told us you don't need to wear a mask , then they said we can build immunity and not they are saying its not airborne despite many scientists telling us it's air born
i strongly believe they are doing this on purpose, do you know if you get infected it sterilizes you it attacks your balls
this will reduce the human population quite a bit and i don't believe their will be a vaccine
if that was the case why don't they have a vaccine for Sars
it came out in 2003
there no vaccine still for it
the only way to not die is to not get in contact with the virus
but i believe they're taking this "naturally Occurring" virus and exploiting it to reduce the human population
and if you ever ask a environmentalist how many is too many humans they never have an answer
because most of these environmentalists who spew this kinda shit, i truly though reading their literature believe they are anti -human and out side themselves and their family
everyone else is too many