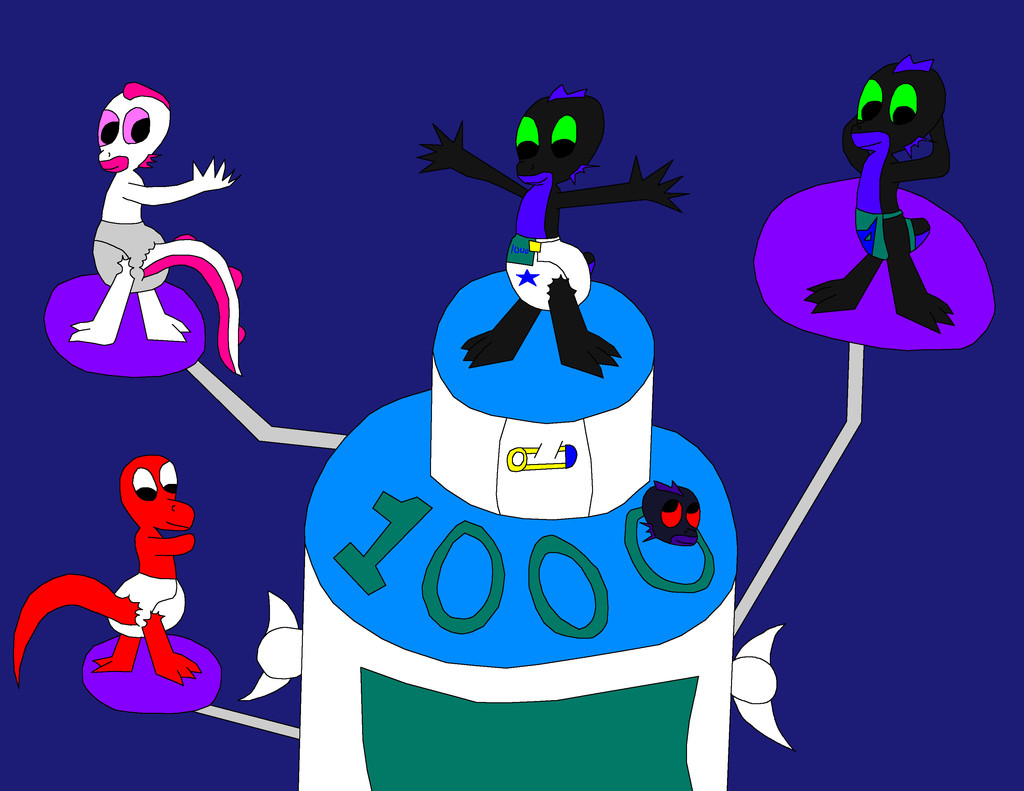 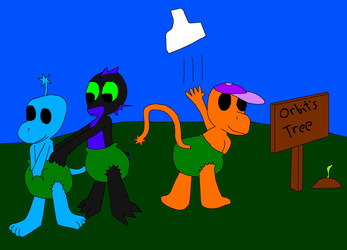 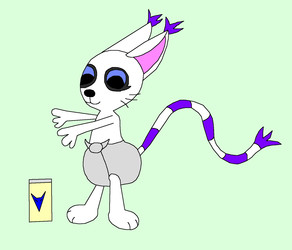 Here it is, my 1000th diaper pic. I wanted to have a bunch of characters in it. First off, theres me on the top of a massive diaper cake, wearing my 1000th diaper. My loyal brother Parker kept his promise about dancing without a diaper on, though he did don a thong. Dark Leon got in the fun too, by hiding inside the diaper cake and poking his head through it. Takoda is also present, as it was her creation that got me into dragons. And of course, I had to include Andrew the Dinosaur from my Pains of Nursing Series, which was my first attempt at babyfur stories. Also, this diaper cake is sitting on top of the Eiffel tower! Thank you all for commenting on my work and continue watching for my 2000th picture!