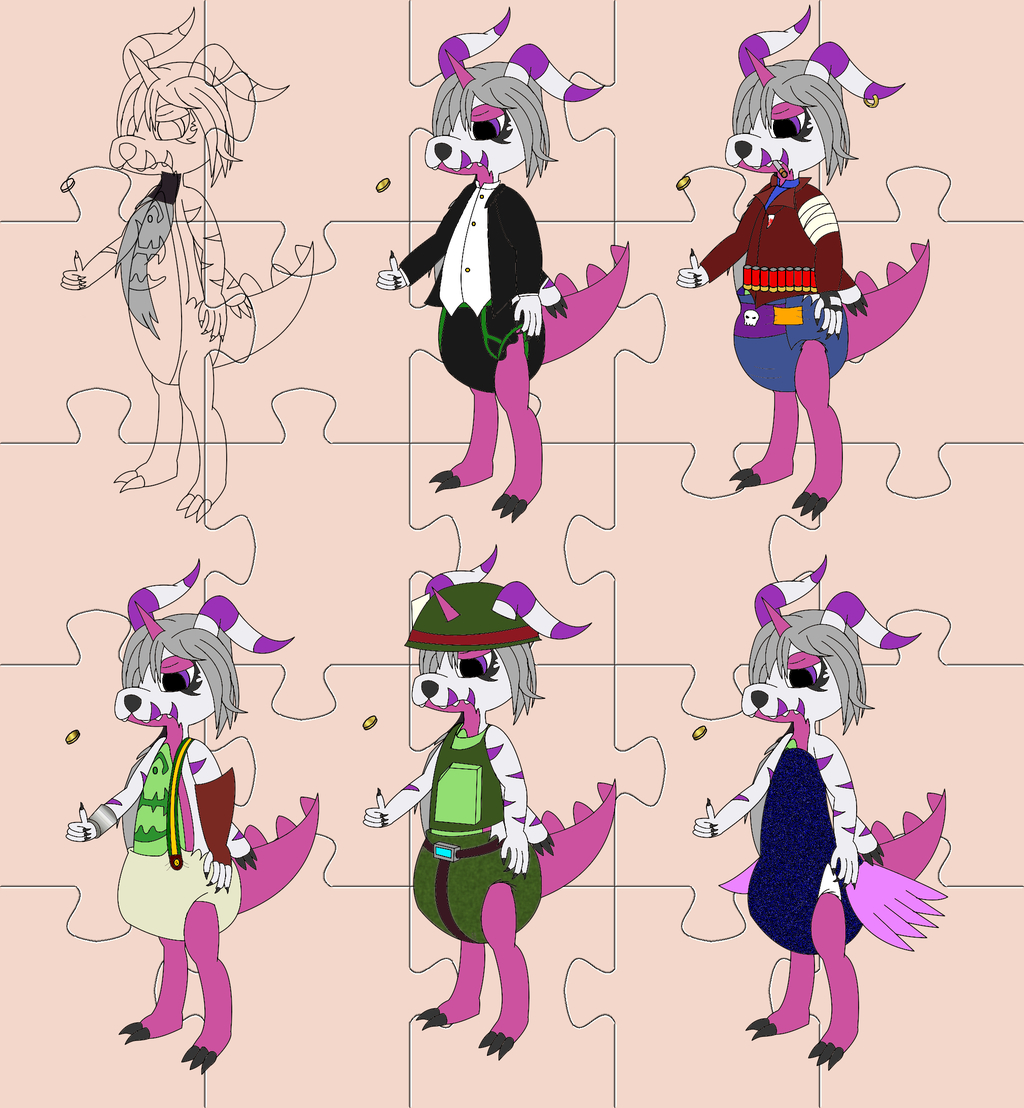 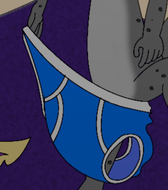 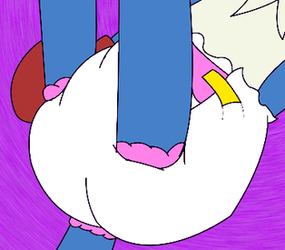 My final Hurricane Relief Charity commission, for jayruki and their Gabumon, Sullivan. Here’s the Rundown:

-Outline: A Base in the event I need to draw more of these.

-Butler: An Outfit similar to the one Merlin wears, though with a more advanced version of Pull Ups.

-Bounty Hunter: I thought this costume up by picturing someone who was morally ambiguous and did whatever they had to for payment. The Diaper is bullet-proof, and also contains Gauze in the Absorbent Garment Material. Can be swapped out for a semtex diaper.

-Lederhosen: Inspired by Tato’s adorable suspender diapers. I also threw in a big Gauntlet and Bracer because I had no idea what I was going for, so I just, drew. Drawing Fatigue does that to you.

-Marine: A Vietnam Styled Marine vest and helmet, though it’s also influenced by the ISA uniforms from Killzone, that’s what the Blue Light is for. I also came up with the idea for that diaper, unless some other wise guy already made one.

-Showgirl: I was inspired to draw this after I saw a certain picture. One of those skimpy showgirl leotards with the little fluffy things on the hips, and a diaper underneath, of course. This was drawn for all the sissies out there.