I'm Here For You, Brother... by Leaf Thornton 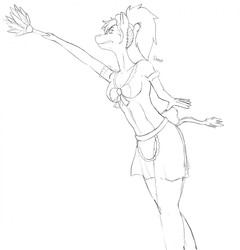 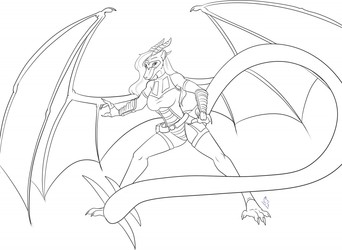 When Felicia was 22, she had already gotten her undergrad degree and her brother, who is two years older than her, was already working at a laboratory in Boston, Massachusetts.

One day, however, Felicia had gotten a call from one of Frederick's co-workers. He had said that her brother had not been acting himself for a while. The co-worker asked her to check up on him, since he hadn't been responding to calls.

Felicia flew up to Boston and checked herself into her brother's apartment. To her shock, the normally immaculate abode was a mess. Furniture had been overturned and there were bits of food and dirty plates lying about, Lying on a nearby couch was her own brother Frederick.

Frederick appeared to have seen better days. His clothes appeared to have not been changed for a few days with some stains sticking to it. His hair was messy and unkempt and his fur was scruffy from lack of attention. His face bore utmost sorrow as though he couldn't face the world anymore, twisted in mental pain. In his hands was a picture that he clutched tightly and held close to his chest.

Felicia didn't know what exactly caused her brother to be so despondent, but she knew she had to help him. She had to be her brother's keeper...

Felicia and Frederick Rogers belong to me.
Artwork done by bluwolf0.